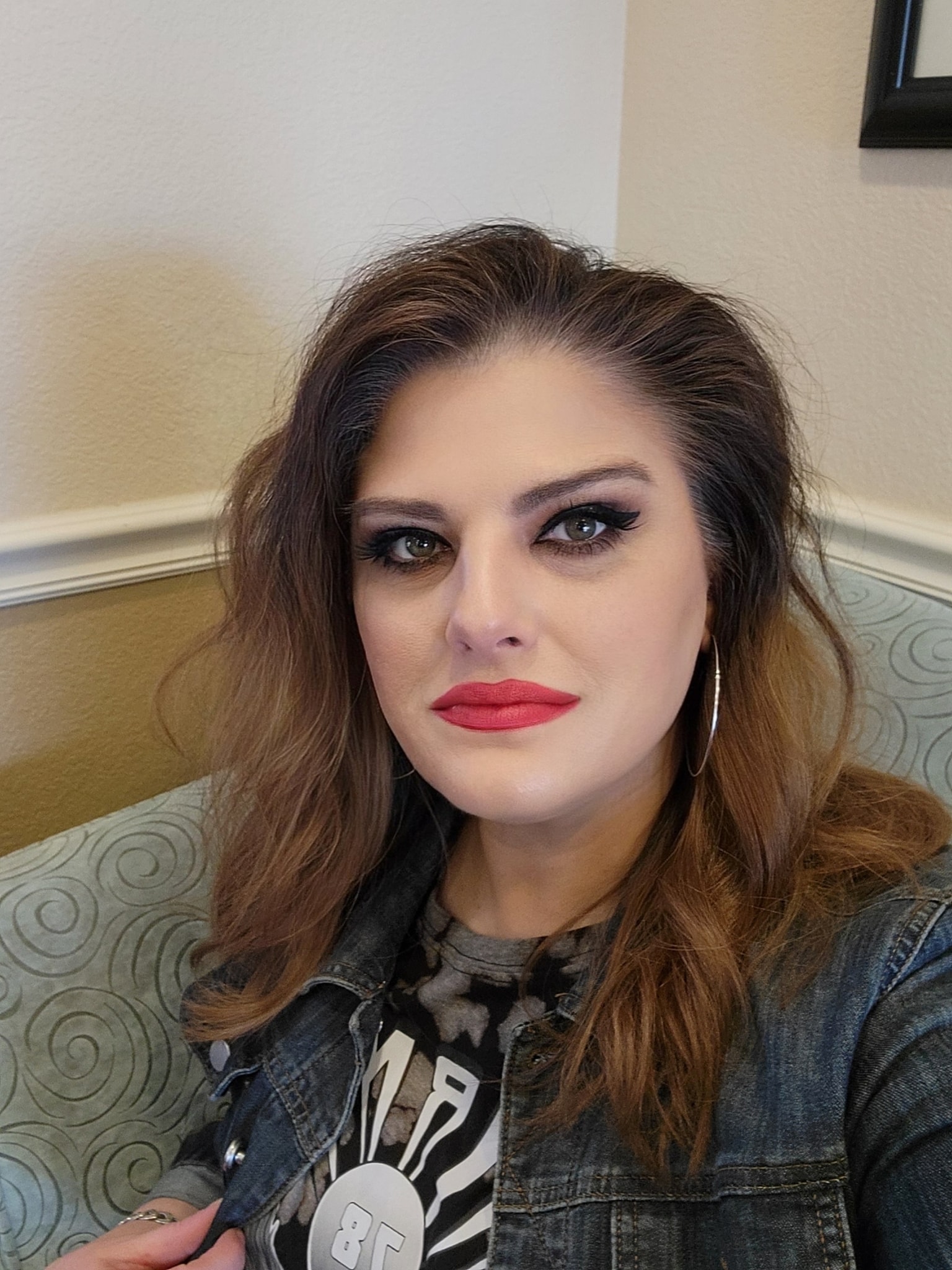 Informed of EUA status: : no

I used to be a happy, healthy, vibrant person and now I can barely leave the house.

Symptoms: : After, one dose, Cat experienced extreme fatigue and bouts of insomnia

What types of activism: Running a support group, activism 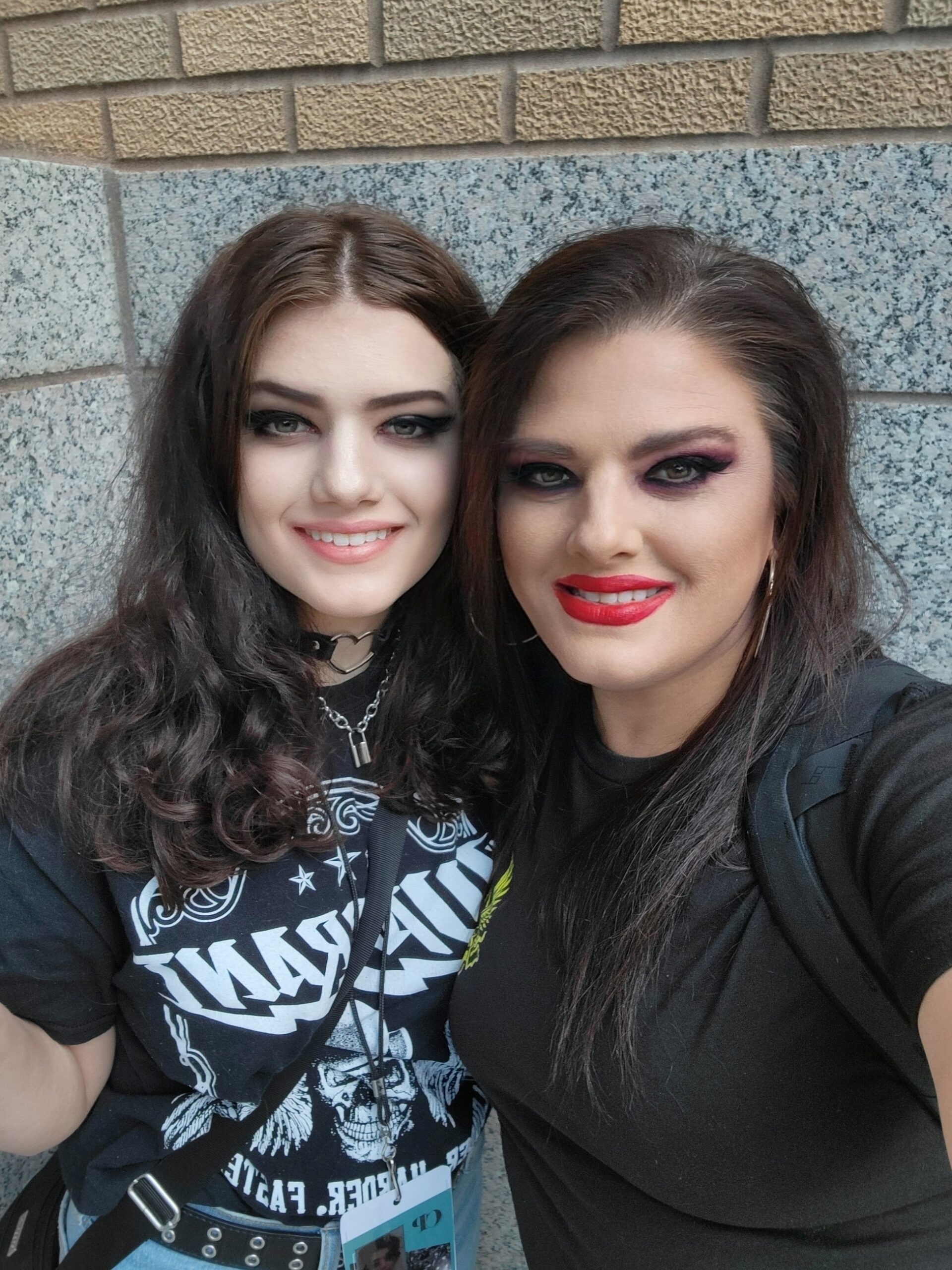 Cat Parker had to be her own health advocate before she could advocate for other people. Like others who’ve had an adverse reaction to the COVID-19 vaccine, she followed her gut and didn’t just push her symptoms under the generic rug of menopause like some of her doctors suggested.

Cat, 50, of Plymouth, Minnesota, is a freelance photographer/photojournalist who used to be employed as an office manager & Project Manager for a commercial construction company. But she got so sick after receiving the Johnson & Johnson COVID-19 vaccine in April 2021 that she was laid off from her job not long after.

A month after getting the J&J vaccine, Cat had chronic insomnia and fatigue. Not connecting the vaccine to those symptoms and having her health care providers telling her that the symptoms were not from the vaccine, she got the Pfizer booster shot in November 2021. Her symptoms only grew worse, and she began experiencing hair loss, tremors, tinnitus, brain fog, body aches, sores on her face, and an imbalance leading her to fall.

“Every time I’d go to the doctor, they’d try to explain it away,” Cat said, her southern accent from growing up in Sylvania, Georgia, getting a bit thicker as she talks about how doctors treated her. “It’s your medication, or menopause, or stress,” they said.

Suspecting that her illness was related to the vaccine, Cat eventually discovered she was right, receiving a diagnosis of dysautonomia syndrome, a disorder of the autonomic nervous system function, Pseudoparkinsonism, Narcolepsy, Sleep Apnea, Pathologic Hypersomnia, Idiopathic CNS Hypersomnia, Adrenal Insufficiency, blood clots & bleeding, . She has also been diagnosed with Epstein-Barr virus, in which she has never had mono in her life.

“I used to travel, and we’d go on rock cruises, concerts, festivals, vacation, visit friends or family and so much more. I just don’t do these things anymore because I’m chronically fatigued, nauseated or my body & brain shuts down and I can’t function,” she said.

Fortunately, she has family living with her, including an adult daughter and son, to help if needed. My daughter has been a huge blessing to me. She helps take care of me and is there for me no matter what.

Cat’s life before and after getting the vaccine and its accompanying adverse reactions are like the difference between a groggy night and a clear day. In the mornings she has brain fog for hours and a tendency to fall. She also has narcolepsy, which causes her to fall asleep on the desk at her former job or when driving. She has health insurance through her state, but she has no job, no money coming in, and she was denied disability in the beginning but appealed and was approved. However the money will not start until after February 2023 per federal guidelines.

Yet through all these difficulties Cat trusts in God. “If I didn’t still have my faith, I wouldn’t still be here,” she said.

To those who aren’t close to the plight of vaccine-injured people, the group might seem like a very small part of the population, and thus unimportant, especially when so many have ostensibly benefited from the COVID-19 vaccine. “Tell that to the more than 6.8 million people who are vaccine-injured or died because of the shot—plus those who were injured or died from it but were not reported,” Cat said. “It’s sickening to me. I trusted our government. I don’t trust the government anymore.” The reason why no one is seeing this, is because we are purposely being censored by the CDC and social media to keep this information out of the news & on social media platforms. It is classified as misinformation, and we are banned and blocked constantly. This is why no one knows what is happening! We are called anti-vax and ridiculed daily by others that do not believe us. I invite others to talk with our group of vaccine injured and listen to their stories but of course I am still met with nasty comments. I have been called a grifter, con artist, a Russian spy hiding as a US Citizen. You send proof to these people, and they still do not believe or are not willing to discuss it. This part of what we are going through makes you lose faith in man. We just want to be understood and supported. We go through so much abuse which breaks my heart.

Having spoken with many doctors about her condition, Cat is familiar with a phenomenon in the medical community that treats vaccine-injured people. “The medical gaslighting by those Doctors are supposed to be reporting vaccine injury cases to VAERS. But they’ve been told not to talk, or they’ll lose their job and their license,” Cat said. “Then you have the ones that flat out do not believe you and tell you there is no way that the vaccine is the cause. I ask them if they are willing to be their lives and career on this.”

Some people have made the issue of the vaccine-injured a political thing, even though it’s really a medical issue, Cat noted. “You wouldn’t do this to someone with cancer or heart disease,” she said.

Despite her health-related obstacles, Cat’s advocacy is growing. She recently started a vaccine-injured support group on Facebook and an uncensored support group on  TrialSite News. She’s also involved with React-19.org. She suggests that others who want to help the cause should get involved.

Cat says others who fear they may be vaccine-injured should be tenacious in finding out if they are indeed ill because of an adverse reaction to the vaccine. “Don’t take ‘no’ for an answer,” Cat said. “Explain it to your doctor, have them run tests, and if that doesn’t help, find another doctor. … Do not hide. Stand up for yourself.”

To: Logan Health Kalispell and Whitefish

Jeff D’s Story :MY Father was Murdered by a Hospital