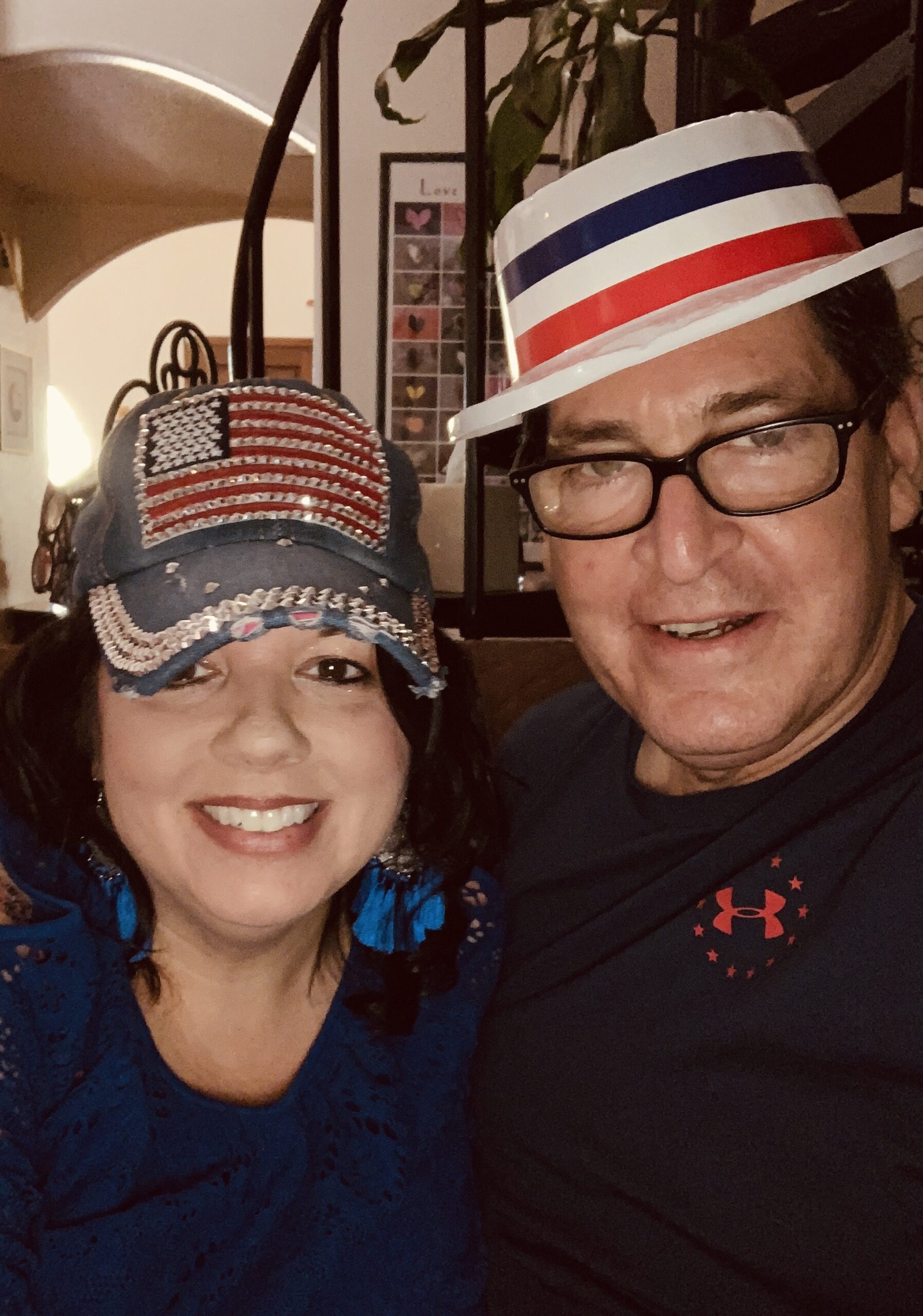 Withheld nuitrition gtom him for 7 days, denied other treatments, wouldn't let him out

He screamed, “ I DON’T WANT THAT DEATH DRUG!”

Denied Ivermectin, Hydroxychloroquin
Tried to push into hospice on day 10 told to keep treating.
Ask to have released on hospice at home/ told not possible
Refused to transfer to another hospital told he would die in transport, no beds available.

Steves siblings saw him in the hospital.. I was deathly ill and they said I could see him, but I could not even stand up.. I feared they would try to hold me hostage and get me even sicker due to the sadistic mindset of Mayo Hospital or they would have me arrested. I was trying to heal so I could take care of Steve if I could get him home..

How long was the victim on remdesivir?: 2days

What types of activism: C 19 Widows who want Justice Protocol Kills Telling my story to everyone

Website or social media page associated with this case: https://www.protocolkills.com/post/starla-s-story 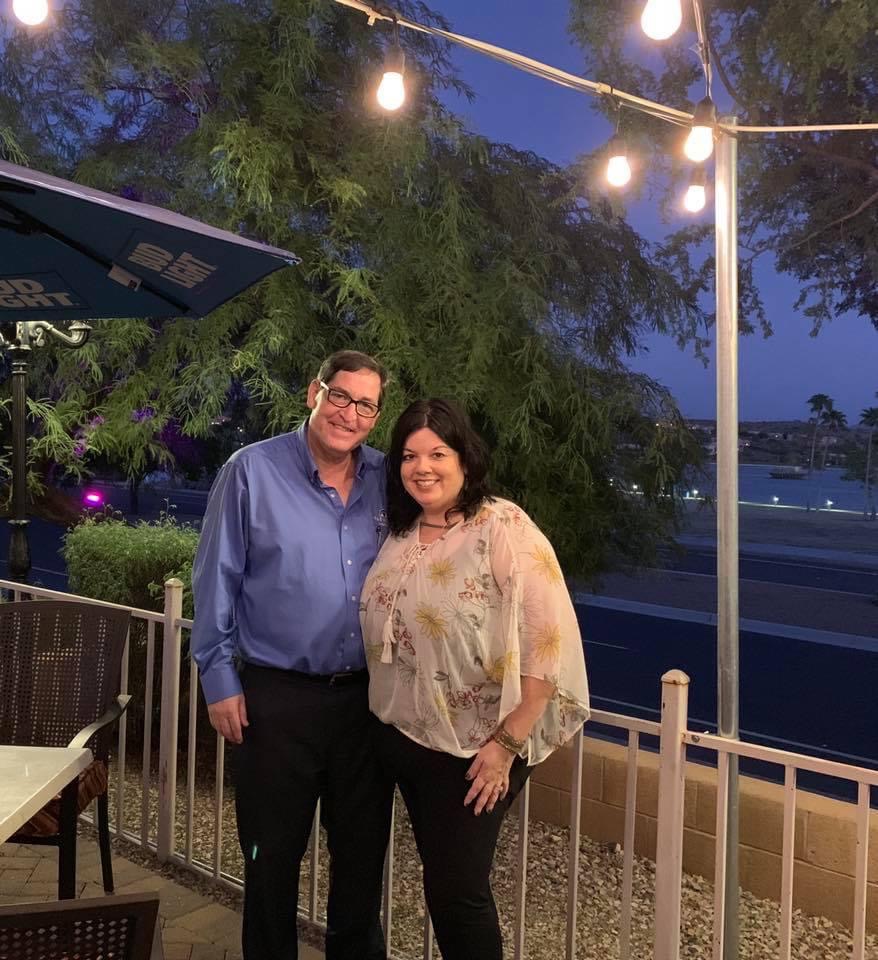 The world needs to know how Drs and Nurses are playing God and deciding who lives or dies. Isn't murder illegal, and if so they should all go to trial and prison for life. Seek the death penalty

On October 11th, 2021, I tested positive for Covid due to exposure at my job. My husband, Steve, working from home also tested positive. We started antibiotic treatments that we ordered from our PCP. We were both extremely sick during that week. Steve was having issues breathing and felt he needed to go to the hospital. I asked him if he was positive, he had to go and he said, “ definitely.” We cried the entire drive there and I expressed my fears of going into any hospital.

On October 18th, 2021, I brought Steve to the emergency room at Mayo Hospital, and that was the last time I saw him. I slept in the car the first night in that hospital parking lot very sick, petrified, and not knowing what was going to happen. I could not be with Steve due to my Covid and I knew one of us had to be on the outside. I was in constant contact with Steve through voice and text messages. He told me they immediately gave him meds, one of which was Remdesivir. He did not understand what he was given and was against that drug. I explained to him that was the drug we talked about and its deadly components. He asked me to make sure I spoke to them so he didn’t get any more and “NO VENTIlATOR”. He screamed, “ I DON’T WANT THAT DEATH DRUG!” I spoke with the Dr that evening and I was told Steve did not need a ventilator and reinforced that he wanted no ventilator and no DNR. I was reprimanded by Risk Management to not refer to it as a “ Death Drug” because it made them uncomfortable. They are uncomfortable????? I’m uncomfortable about how everyone goes into the hospital and NEVER comes home, again! I let her know that my husband was convinced they were trying to kill him and I did not disagree with him. We requested Ivermectin and HydroOxychloroquin and were denied and told we would have to get that elsewhere, but they would not release him..

The next morning, I had a call from some ICU so-called Dr yelling across the room on speakerphone that “Steve is very sick and if I didn’t put him on a vent, I was killing him.” Steve was talking to me and said,” that’s not true, I’m not that bad.” I called the head of the dept. and risk management and had that Dr removed from the care plan, immediately. Steve asked me to get him transferred to a different hospital, he said numerous times they were trying to kill him. I made his request known and was told there were no beds available at other hospitals.

Originally, the plan was for two days to stay there. He was on the antibiotic regimen and each day he was worsening. They also did not give him any nutrition for ten days, he would send me messages that he could not heal without food/water. I had to fight for him to get nutrition with a pic line. I kept requesting him to be moved to another hospital and now I was told he was too weak and he would die.

I called several attorneys and nobody could help. I remained deathly ill with Covid and my condition worsened from the extreme stress and sleeping an hour a night as I needed to monitor his care on the portal and call every few hours for status updates. His status started showing injury to his kidneys and they couldn’t explain it. They also kept saying they were treating the infection which I thought was Covid. There were 1,537 pages of medical records showing it was sepsis, which I was never told. I still was trying to get him out or home on hospice and was told, ”No, his oxygen could not be supported at home.” They tried to force me into stopping his treatment so he could die sooner, and I told them to keep treating him.  Also, I questioned how Mayo brags about “BEING THE BEST” and they sure failed and made Steve progressively worse!!! They have a constant arrogance, and its gross behavior.  They are Fauci Followers, and  I had no idea they were actually killing him from the moment he was admitted.  If only I was not so sick, but I was, and thought I was going to die. I fought and did everything possible to try to get him out..

I did FaceTime every few hours with Steve, I was so sick and getting worse but I didn’t want him to know that. We had our call on 10/28 he looked good, and his color and eye contact were good. An hour later, I get a call, Steve fell and they have no idea how. He has a nurse assigned in the Covid unit within close range. On 10/29 I was on my way to a medical appointment and I got a call from Risk Management, (not a Dr) and I was told: ”Steve is dying”. He could no longer communicate and died on 10/31/2021. I watched him flatline on FaceTime. The hospital called me and said “ Steve wanted to call you and say good night, and this will be his last call! “

It was all over, the love of my life died in front of me, and I am destroyed forever! Every single level of my life is ripped apart and I’m forced into a life I NEVER wanted or asked for. I’m forced to rebuild as a middle-aged woman, and the life I have known was taken from me by the hands of this healthcare system! There is no understanding of the torture that went on with Steve’s care. He was a prisoner, not a patient!

Steve and I were the perfect couple. We enjoyed the same things in life and we owned a business. We did everything together and shared a mutual adoration that others envied. This was a second marriage for both of us and after living through awful first marriages, we knew how lucky we were to have such a good thing. Steve was the most kind-hearted and loving man I have ever known. He was my person, soulmate, caregiver, and the absolute love of my life. He was taken from me at just 62 yrs old. I’m left with broken pieces while the hospital is left with a profit for his death. It’s sick and what I witnessed was a killing ground!

This 13-day horror hospital stay has destroyed my life forever! I wrote letters to the Mayo CEO, and was ignored as he had some bird dog Dr respond which was clueless. They also did a grievance on Steve’s care and never asked me anything and said “ Everything was done according to the Mayo standard of care.” These individuals need to be held accountable for these deadly protocols. We requested Ivermectin and Hydroxychloroquine and were told those were not protocol and I would have to get those somewhere else.

I had to track down my husband’s body the next day as no one would return my calls. There was no concierge for death at this arrogant medical facility and that is pathetic! All we wanted was to get him to the funeral home, and out of that horrific hospital. My story of trying to get adequate care for my sick husband is a horror story and this should not be happening in any hospital. The nightmares that I have from his terrifying hospital stay will last me my entire life.

I am ready to be in any courtroom and look these Doctors and Nurses square in the eye and call them the murderers, that they are!

I’m not afraid of Mayo Hospital, and it’s my obligation to let the world know how Mayo Hospital is corrupt and abusive.