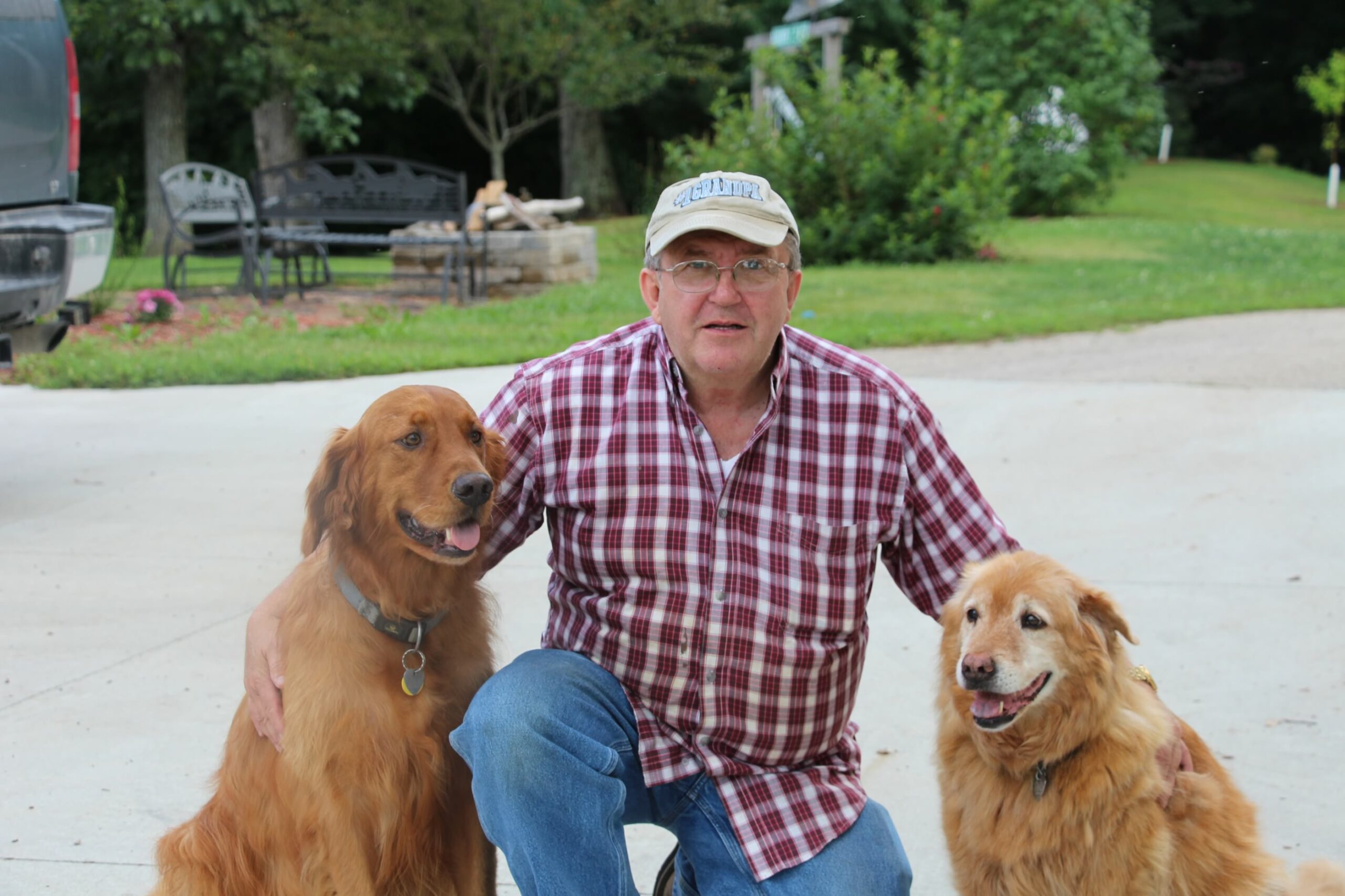 Ron given 3 choices; stay on BiPap, Vent, or remove assistance and die. Ron was terrified. " I don't want to die."

I took Ron to the ER on Friday, May 28, 2021. They would not allow me to stay or be with him. They admitted him to the ICU. He did not have his phone, or any way to communicate with me. They never allowed him to call, so I'm not sure what he was told. We zoomed every night after he was intubated. We watched his quality of care go from good to fair and then poor. They stopped turning him regularly, range and motion was stopped. They treated us horribly. He was so drugged up! His organs were failing. They told me he would not survive and would have to live in a nursing home and never be the same person and do the same things. They said he had brain damage!

Days on a ventilator: : 30days days

What types of activism: I am telling everyone I come in contact with who will listen. Get as much information as you can. Don't take your loved one to the hospital. Insist on effective treatments at home. Act quickly! They need to stop following this protocol that they are following. Stop hospitals and doctors from getting rich while playing God.

Website or social media page associated with this case: https://www.legacy.com/us/obituaries/thegazette/name/ronald-pettit-obituary?id=20452087 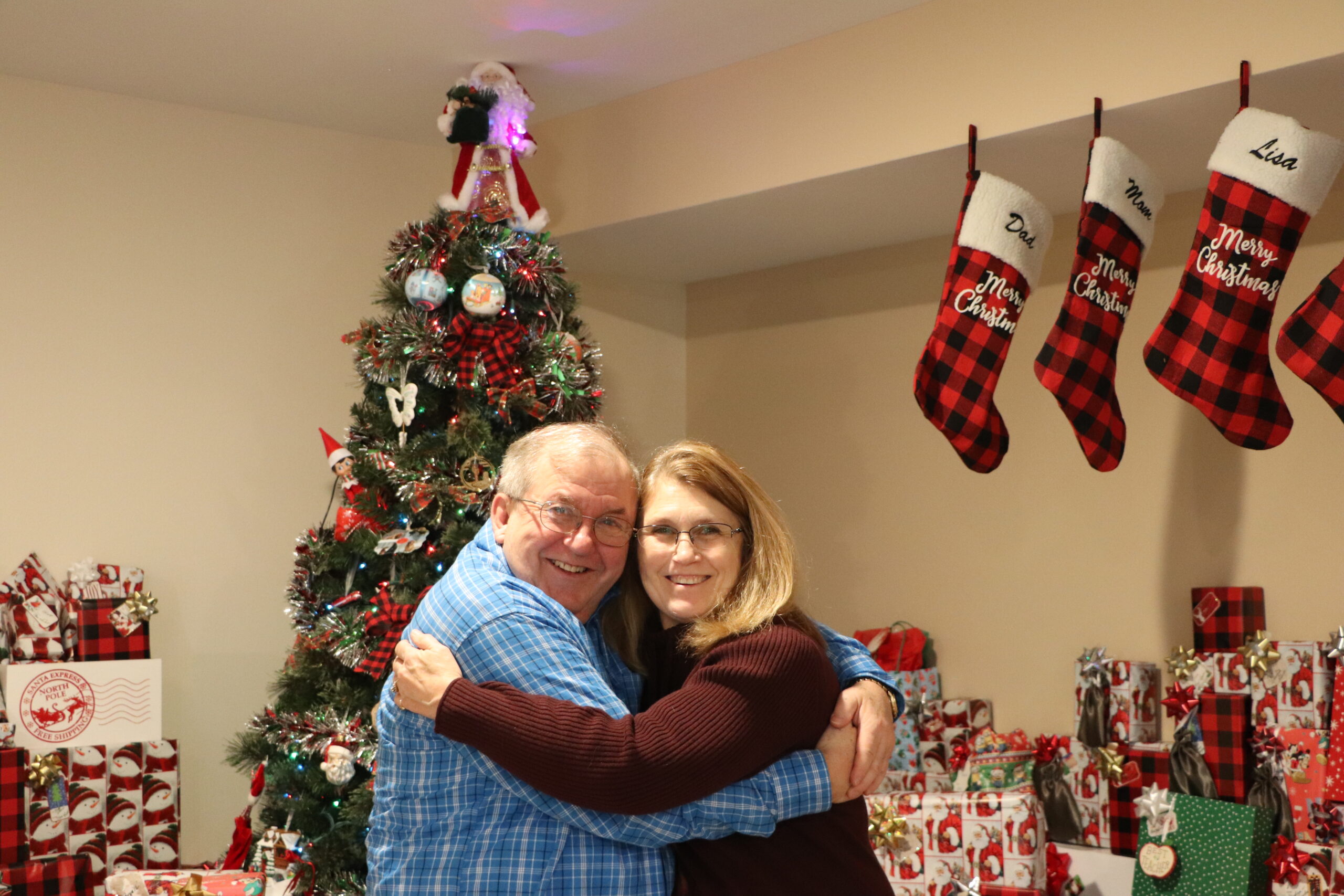 Ron was beloved by family and the community, and a source of love and compassion for all who walked through the doors of his business.

By Friday, May 27, he was feeling much worse.  He called the doctor’s office and sent a message on My Chart.  No one returned his call, so I asked him to call again before 1pm since they would go to lunch.  The nurse told him, “This is what COVID does, and this is why we tell people to get the vaccine.”  My son had called the ER doctor he knows to look at Ron and his medication.  I took him to the ER that evening.  They would not allow me to go in with him.  They admitted him to the ICU and didn’t tell me until I had gone in to see what was taking so long.

Ron didn’t have his phone.  I took his computer and dropped it off at the hospital on Saturday morning.  They never hooked it up so he could communicate with us.  I called 3 times to get a report on his condition.  The third time, I demanded to speak to someone.  They said he was responding to the oxygen and the bipap.  At approximately 5:30 pm, they called to tell me Ron wanted to go over some things, so thy were making an exception for me to visit for 30 minutes.  Upon getting to the ICU, the doctor met me at the nurse’s station to tell me we had 3 choices 1) put him on a ventilator 2) leave him on the bipap to see what happens 3) unplug him now and let him go.  I was numb.  This is not what I was expecting.  I went into the room with Ron.  He told me he didn’t want to die, and he didn’t want to go months without knowing what was going on.  He asked to see the kids, so they allowed it and I called them to come right away.  We got the ER doctor on speaker phone, since he was a friend.  He told Ron if he were his brother or father, he would want him on the ventilator.  With this advice, Ron agreed.

Bryan called every morning very early and I called every early afternoon to get the on Ron’s condition.  One of the nurse’s told Bryan that the doctor should be telling me everything.  No one had called me, so she put a note in Ron’s chart for him to call me.  It had been 5-6 days.  When the doctor called me, it was a Saturday.  He had nothing good to say.  He said Ron had COPD and emphysema. He had never been diagnosed with either of these.  He had not smoked for over 30+ years. The doctor wanted to know how much he was currently smoking.  He told me Ron only had a 15-20% chance of surviving a year for that date.  I told him since he didn’t say 0% that he should do all he could do.  We trusted they would give him the best treatment.

We took a CD player and CDs for them to play in his room since he could hear, according to them.  We zoomed every night.  The hospital had an I-Pad they set up in his room.  They said he could hear us, but he couldn’t respond.  He was on the vent and in a drug induced coma.  We watched his care go from pretty good to very poor in that month.  They put a trach in as they said they shouldn’t leave the tube in more that 2 weeks.  It had been 16n days.  He now had bacterial pneumonia.  He had sores in his mouth that were bleeding.  The IV in his neck was oozing and blood was following the ventilator line down the back of his throat.  When I read the records, the doctor had ordered fentanyl to be turned down a bit.  I had told the nurse that was probably causing the pneumonia with it leaking into his lungs!

There were many ups and downs.  His kidney functions were up and down, oxygen was turned up and down.  Propofol, fentanyl, nitric oxide doses changed frequently.   We grasped to every positive.  Doctors kept insisting to have what they called an advocate for us call.  I finally gave in to find she was from palliative care.  I told her I needed to see Ron.  I needed to be there to hold his hand and talk to him so he would know we are there for him.  She got the nursing supervisor to agree to one 40 minute visit.  I was delighted.  After 38 minutes, the nurse came into the room to tell me it was a 40 minute visit and I had 2 minutes left!  We had asked for Ivermectin and Hydroxyleucine.    Dr Baumgartner said she would check on it.  We had to call her back to ask again to be told it had been proven ineffective.

On May 20, Father’s Day, it had been 21 days since Ron tested positive.  We could finally go see him.  We all took turns. We visited daily.  We kept a close eye on the numbers that they would tell us and were excited about all good news.

When the last doctor that he had come on, it as Ron’s last week.  The nurse told me that’s what they worry about.  We were told he had a hole in his lung and air was seeping out around the lung and heart.  She took him off the sedatives, and he did wake up and open his eyes.  They didn’t offer to get his glasses.  In hind-sight, I should have made sure he had them. He didn’t follow their command to squeeze their hand.  I have a hard time understanding how he could have possibly followed directions when he was on those powerful addictive sedatives for three weeks.  The doctor ordered an MRI and CT scan of his brain. He had acute kidney injury and Liver was damaged.  His heart was racing.  I told them he would lay there and have a heart attack.  His blood platelets were low. They were giving him insulin.  He was not diabetic.  His body was swelling.  They told me it was the air leaking from his lung.  She said his lungs were hard, and not absorbing the oxygen.  She said he had brain damage and would never be the same person and enjoy life.  He would have to live in a nursing home on life support. We needed to think about our loved one!  We were all numb!  They stopped turning him every two hours.  They stopped range and motion.  They stopped checking him as often.  They had written him off for dead.

We asked for him to be transferred to the University of Iowa.  Their doctors called Dr Supakul, the last doctor.  She told them he had brain damage, so they wouldn’t take him.  They said they had no beds, and he would not be a candidate for a lung transplant.  We were stuck.  All the medication they pumped into his body over the past month has taken their toll.

The hardest thing we had to do was to stop his suffering.  The three oldest grandchildren visited him.  We knew if we didn’t allow him to rest, they would just kill him without us.  They were so cold with the way we were treated.  We, the kids and I stayed with him until he drew his last breath.  Rest in peace my love!

We all suffer from PTSD after everything we went through. The hospitals, doctors and nurses need to stop this insanity!  Every person who passes is someone’s sister, brother husband, wife grandchild, grandparent, son, daughter, etc.  It affects us all.