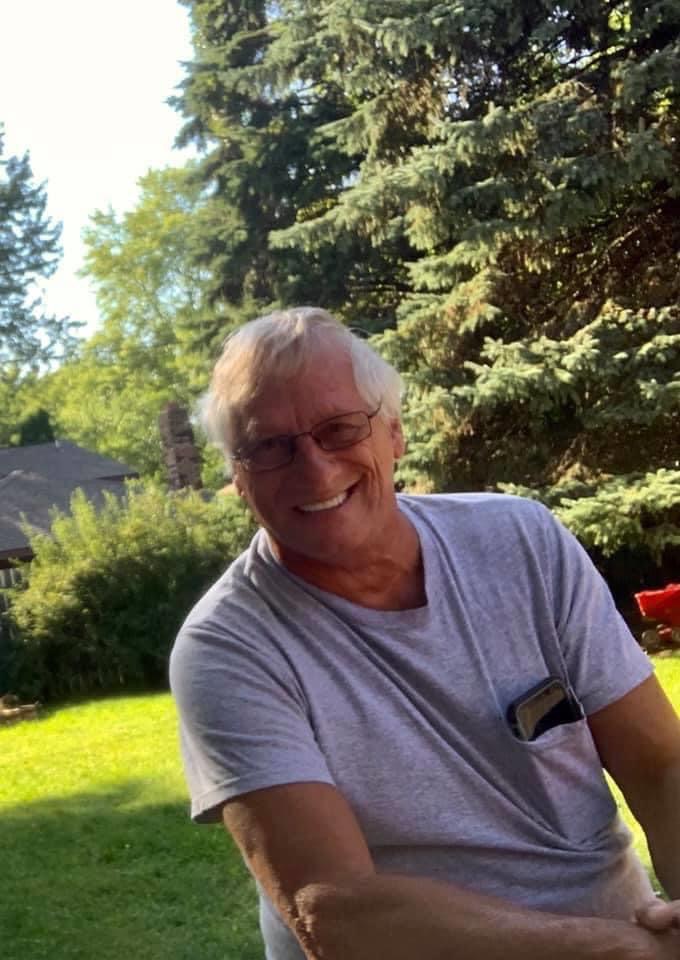 I was told no and that Vancomycin is “the gold standard”.

Days on a ventilator: : 8days days

What types of activism: Telling her story 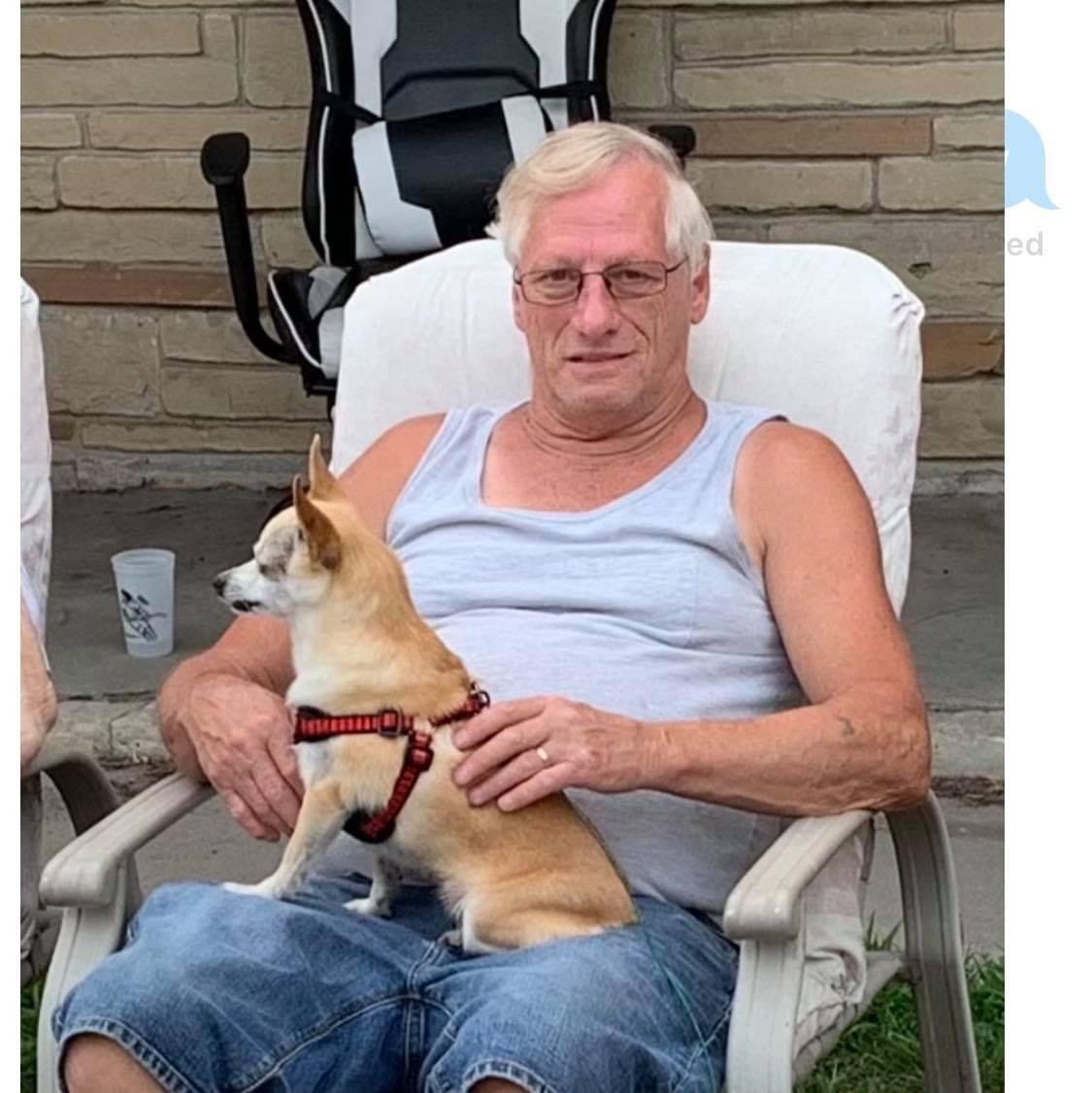 In the middle of August 2021 my household of 4 plus my parents became ill with fever, fatigue and a few of us had chest congestion.  Myself, my husband and my two boys were spit-tested for Covid and were all told we were positive for Covid.   We assumed my parents had the same.

After a week of being sick we noticed my dad didn’t seem to be bouncing back like the rest of us.  He was having trouble walking to the bathroom because he was so weak and dehydrated.  Since he was older and more susceptible to illness, we decided to call the ambulance and get him checked out.  The paramedics came and thought it best to bring him to the hospital to get further evaluation.  I will admit I was very relieved.  For sure the hospital was the best and safest place for him to get premium care since I’m not a physician and was winging it at home with him.  He was admitted to the hospital on August 23rd, 2021 after being seen in the ER.  Again, I felt relief that we had made the right decision since they thought he needed extra in-hospital care and attention to his condition.

Within a day a friend of the family who had been working with Covid patients for the past year told us to call the hospital and request that my dad be given Monoclonal Antibodies (AKA Regeneron). My Dads nurse who I personally spoke to said, he had never heard of that before and that was the end of that discussion. That seemed strange to me but I still trusted them at that time.  A day or so later my mom’s oxygen levels dropped to the low 90’s.  I then also convinced her to call the paramedics for herself.  Still believing the hospital could provide the best care.  The paramedics thought it best for her too to be evaluated at the hospital.

My parents were soon hospital room neighbors.  Covid medications were started which we later learned was Hospital protocol with Remdesivir and Dexamethasone.  My Mom wanted to go see my dad since he was in the room right next door but she realized that her bed had an alarm that sounded when she tried to get up.  She also learned that both of them were locked in their rooms as well.  Is this a hospital or a prison?  My Moms nurse thought “it wasn’t appropriate” and refused to let her go see my dad.  They had to wait until that nurse was off her shift before the Dr. would ok my mom to go in to my dad’s room for a short visit.

My brother started a CaringBridge site to keep our whole family updated.  It wasn’t long before I started to receive unsettling messages from people I knew and trust.  One was from my dad’s old Neurological Chiropractor saying NO Remdesivir and NO vent.  That’s “asking to die”.  He also sent me information on how to get a lawyer involved.  Wait, what? It was then that I started to research and realize the dangers of the deadly hospital protocols put in place by the NIH and CDC.  Especially for those on Medicare as the hospital is given a 20% bonus payment if certain steps are followed with those patients.  Starting with a positive Covid PCR test.  One of the Dr.s actually wrote this in the medical records, “I don’t think it’s impossible to use Remdesivir without a PCR positive.”  My dad initially refused a nasal PCR test because he knew they could be inaccurate and wanted to be treated by symptoms not PCR positive Covid test result.  The Dr. goes on to say, “I explained that certain treatments may not be available without PCR proven COVID and that if his conditioned worsened such that he required intubation we would run the nasopharyngeal swab and he expressed understanding and agreement.”  Basically, my dad was told he wouldn’t get access to “certain treatments” until he submitted to their request to be PCR tested.  And if he got bad enough, they would test him anyway. Shouldn’t all patients receive the best care possible from every Dr. based on symptoms and already proven safe and effective treatments?

It all happened so fast.  He was moved to Progressive care August 26th and then on to ICU August 27th.  My Dad was denied visitation by anyone under the guise of “Covid isolation”.  Even my mom who was in the same hospital WITH COVID!  My Dad became so “tired and hungry” after having “no sleep x 2 days” and “had poor oral intake for 5 days – mostly just water and juice”. He was “disoriented, agitated and restless” and began pulling at his mask.  Soon he felt that he had no other option but to be put on a ventilator to get relief.  A decision he had to make scared and alone because we were kept from him.

He was intubated on August 29th and put on Fentanyl and Propofol.

We requested Monoclonal Antibodies again but were denied because it was too late in the progression of the disease to be a benefit.  I requested vitamin C, vitamin D, zinc, hydroxychloroquine, Ivermectin and was denied and told they refused to go off of protocol “because the one time we did that the patient died.”  My dad’s medical records indicate vitamin D was “deemed not appropriate during this admission.” I asked that he be put on a different antibiotic because I learned he was on Vancomycin and that could make his condition worse.  I was told no and that Vancomycin is “the gold standard”.

My brother called at 6am and I called at 6pm every day for updates until September 7th when my dad would be off “quarantine” and we could finally see him and hug him in person!  But on September 7th we were told that the “infectious disease team” said he needed another 7 days of quarantine.  This decision was not even made by his ICU Dr.  We were told that the nurses would set up a Facetime for us for the evening of September 7th.   After that call I was crying and pacing in my house.  My thoughts were, “are we going to just leave him in there to die alone”?  I needed to actually do something.  I decided to call and request his medical records so I could see exactly what was going on there.  The records department told me that we couldn’t get his records unless he signed the release form.  I told her my dad was sedated and vented and it wasn’t possible for him to sign anything.  She said I would need to provide his Death Certificate for the records if we hadn’t already set up power of attorney.  So, he had to die before I could access his records?  How did this nightmare become our reality?  Within a few hours of trying to request the records we received a call that my dad was “actively dying” and if we wanted to see him, we needed to do it soon because they said he would pass away during that night. Now that he was dying, we were able to come see him but hours before we couldn’t?  This made zero sense to me!

My mom, my brother and I immediately headed for the hospital!  When we arrived, we were required to wear space-like soft helmets which made it impossible to even kiss my dad goodbye.  We gave the ok to remove him from the ventilator so we could pray scripture over him through his transition.  I thought removing him from the ventilator would cause him to pass away because he couldn’t live without it.   But I can’t help but wonder if that’s really how it went down.  His records show that he was given Fentanyl at 5:10pm and Midazolam at 5:32pm.  He passed away at 6:22pm.

Official cause of death was Respiratory Failure with Underlying COVID-19.

My dad, Ralph, will go on in our memories as a wonderful husband of 50 years, dad, grandpa and great-grandpa as well as fun fisherman and the best homemade French fry maker around!