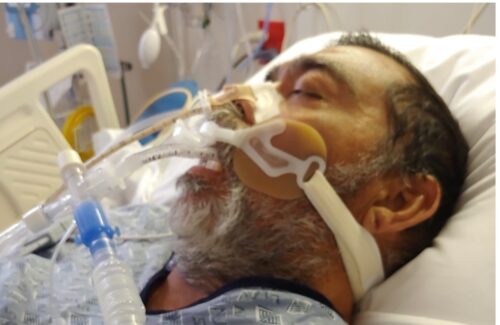 I did ask the doctor about my husband receiving hydroxychloroquine, he said no, that drug was not approved.

Not to sure everyday when I talked to the nurses and doctors it seemed ok while my husband was isolated but sometimes when I spoke with my husband he would sometimes complain about a nurse not being nice.
When I was finally able to see my husband it seemed ok

Days on a ventilator: : 8 days 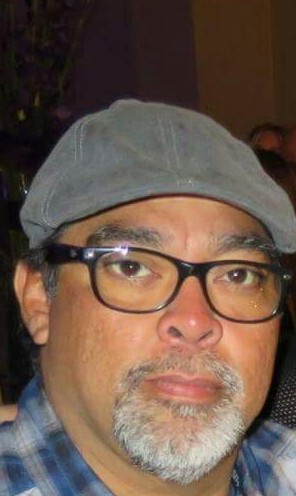 When I found out that they were giving my husband remdesivir, I was shocked, they did not tell me that this was a failed Ebola drug. They never said anything.

On Saturday in the afternoon I went to get my husband Pedialyte and probiotics. At this point I had given him different types of over the counter medications and holistic medications. Since he tested negative twice for Covid we just assumed it was some kind of bad flu.

When I was on my way back home  my daughter called me and said that my husband was not really responding to her and had some red looking stuff on his bottoms and that it looked wet. I rushed home thinking oh my gosh he’s bleeding or something. When I arrived home my husband was out of it and I checked his bottom.

My husband was so out of it he had urinated and defecated on himself. I had to shake him to wake up. I said I was going to take him to the emergency room. He said  what? wait,  no, then passed out. I thought to myself how am I going to get him in the car. I called the ambulance. They said because he was lethargic that they were going to take him to the nearest hospital. One of them even told me it could be sepsis. Because I let them know that he had taken two Covid test and they both came back negative.

I was distraught so my husband’s friend and his girlfriend picked me up and drove me to the hospital. They would not allow me to be with my husband. Only for me to be in the lobby. I can’t even remember how much time had passed but my husband ended up calling me from the hospital phone. He said they tested him for Covid and it came back positive. Also that his oxygen level was at 70%. He said that they were going to admit him into the ICU until his breathing is more stable.

My husband was admitted on March 20th 2021. Not only did he test positive for Covid he had Covid pneumonia. He was isolated for 21 days . We talked when we could. since my husband couldn’t tell me much information, I called everyday twice a day talking to the nurses and doctors getting updates. I did ask the Dr about my husband receiving hydroxychloroquine he said no that drug was not approved.

When I found out that they were giving my husband remdesivir they did not tell me that this was a failed Ebola drug. They never said anything. My husband didn’t even know  he had Covid pneumonia. He knew he had Covid but not the pneumonia part. I asked the Dr of he was told that he had Covid pneumonia and they said yes. But I wasn’t too sure about the answer I received. Granted I had remind my husband several times when we talked on different occasions how long he would be there when he asked me.

On April 4th 2021 I was finally able to see my husband. I was able to bring him some food but he was not able to eat much. He had lost a lot of weight and had no appetite. I couldn’t stay long but was able to visit again later that day. My husband had a lot of anxiety and held onto my arm. He didn’t want me to go. It was so heart wrenching to have to leave him and see him like that.

After the first day of visiting him I saw my husband 3 other times that week. It’s really hard to say if my husband was mistreated when he was at the hospital. He said at one point they were not giving him food only the glucerna drinks and didn’t know why .

The week that I was able to see my husband, that Friday, they intubated him. His oxygen level was decreasing and we didn’t know why. The Dr wanted to intubate my husband but my husband was not sure and wanted to talk to me.

The Dr told me that he didn’t know how much longer my husband could sustain this way if he was not intubated. I had a family friend who is a nurse and had worked on the Covid unit in 2020. They said that if my husband were to be intubated that it would give his body some rest to fight. To this day I sometimes feel that it was the wrong decision.

After my husband was intubated they did a chest x-ray and found that his lungs had decompressed. There were sacs of air and that was probably why his oxygen levels were decreasing.  They inserted chest tubes. I was told that prior to my husband getting intubated he had refused a chest X-ray. I don’t know if that is true.

When my husband was intubated the plan was only for two weeks. Then to bring him out and do a tracheotomy. While he was intubated he was to be on his stomach (prone) for 12hrs and 12 hrs on his back. Because of the chest tubes they were not able to put him on his stomach.

Another friend that was a nurse said to me that decompress lung was not caused by Covid but by the bipap machine my husband was on to help him breathe. When he was admitted he went from a regular oxygen mask to a high flow nasal cannula to a bipap machine.

After my husband had been in the hospital for a little while, I remember the Dr telling me that my husband seemed a little worse off from when he first came in. He said it was because he was not on the bipap machine or needing it. Now I realize why he was worse off then when he first came in. It was after the fact that they had given him remdesivir. I didn’t know it then but I do now.

On one of the days when I visited my husband two days before he passed I was told by another nurse that the night nurse told her she didn’t know if my husband was going to make it through the night. The day nurse asked if she had called me. She said no. Why wouldn’t that nurse have called me if she thought my husband would not make it? Why would she deprive me of being with my husband? Or him having family there when he passed?

Well I stayed and that Thursday they asked me about a DNR for my husband. They said that I should think about palliative care  for my husband. Because at this point the chest tubes were doing their job and that he had very little air sacs in his lungs. His oxygen level was still decreasing. I never even considered a DNR or palliative care. It wasn’t  ever an option for me to even consider or ever want to make that kind choice or decision.

I spoke to my children. They said that my husband would not want to live like this. I asked the Dr about Covid plasma treatment, lung  transplant and he said no to both. So, I asked him about bringing him out and doing the tracheotomy. He said he could but I would only be doing it for myself and not him as my husband would be struggling for every breath to breathe. Of course I didn’t want to see my husband struggling. Who would want to see there  loved one struggling?

So I made the decision for the DNR and for palliative care. They took everything off except he was still intubated. He made it through the night but with oxygen levels dipping into the 20″s and then would rise and stayed in the low 60″s. It never got any higher and the next day they removed the ventilation. My husband passed away at 10:47 a.m. on April 16th 2021.

My husband wanted to live  he didn’t want to die he and  didn’t just die he was murdered.

My Husband was Killed by the Hospital Treating Him

To: Logan Health Kalispell and Whitefish

Sandra Griffith: I am a Lucky One