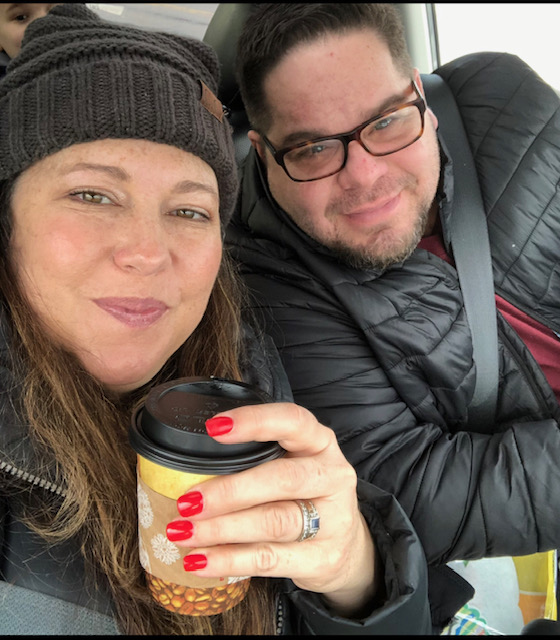 I was on the phone with a nurse and she yelled at me for him not being vaccinated. She said it’s been two years!! Essentially we were idiots for not having the shot.

12 hours after my husband was admitted to the hospital he texted me and told me he was hungry and thirsty. I immediately got on the phone and told them he would like to eat. They said they fear he will lose oxygen if he takes the bi-pap mask off. (scare tactic.)

They told him he was going to die. Twice. It scared him. I told them he was not to get Remdesivere or ventilator. He got both.

How long was the victim on remdesivir?: 3days

Days on a ventilator: : 50days days 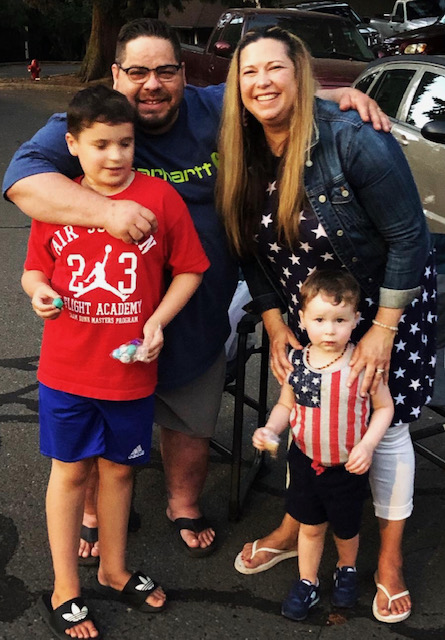 Do not go to the hospital. Reach out to the Frontline Doctors or anyone who has access to treatment that will help.

His dialysis line was placed four different times, two were on the same side of his neck. The line was changed because of clots and leakage that developed in his femoral artery that the nurses admitted she should be “checking more often.”

One time they gave him a seven-day antibiotic that helped his condition but sometime on day three, in the middle of the night it was discontinued and he never recovered from it. When I asked who discontinued the medication, nobody knew.

One night I found out he was receiving Vancomycyn which he is allergic to and they knew this information but kept administering it anyways. When I asked why they weren’t taking him off of it they told me that his reaction would be different at home than in the hospital. So he most likely wouldn’t react to it there.

He broke out in a rash that day, AT THE HOSPITAL.
Patrick developed many infections, sepsis, MSSA, fungal infection, unknown bruising on his abdomen, left alone with saliva pooling on his pillow, and his temples sunk in because he was dehydrated.
He was on high doses of propofol, Dilaudid, oxycodone, Tylenol, and pressors the entire time.
They would not take him off the drugs long enough for him to be coherent. One week a new doctor suggested taking him off all sedatives and pain killers to see if he comes to. So they did. That night the nurse bolused Dilaudid. I told them my husband was a lightweight when it came to taking any medications. And to come down from such high doses is going to take a while. But they never allowed him to be off of them past four days.
Twice, they CT scanned him for brain injuries but he was fine. I kept begging them to take him off the drugs again, so they could rule out brain damage. But they wouldn’t. They said he was breathing over the vent so they have to keep him on them. And then would say they are concerned about him not responding to their stimuli tests.
In the middle of February, his oxygen levels qualified him for a trach. After the trach was put in it seemed he was on his way to recovery. He was placed into a chair a couple of times and I was very hopeful.
A couple of days later a nurse was pushing on his stomach and said he seems to be in pain, he was wincing.
He had a CT and it showed diverticulitis. They said he needs to be operated on or he’ll die. Later that day he went to surgery to have part of his intestine, and colon removed. When I asked several doctors and nurses how much they took out, nobody had an answer to this, which was very odd to me. They would say the surgeons are slow at charting sometimes.
After his surgery, they asked for my consent for a blood transfusion. I consented, but they never gave it to him.
At this point, I felt they were just tearing him apart. But part of me still wanted to believe they had his best interest at heart. And were trying to help him.
Holding to hope I prayed every day over him and made sure he heard my encouraging words.
My husband didn’t have to go through all this. If only he got the help he went in there for. He was such a strong person who hung on for so long.
The day before Patrick died. I visited him and he was doing great. I left the hospital early because he was looking good. Even though it was eerily quiet.
I got a call in the middle of the night and the doctor informed me that he wasn’t doing well and I may need to come in. I asked what happened? He was doing so well. They had no answers. They just said he’s declining.
I asked if there was anything they could do? He said they may be able to try a blood clot medication but it comes with big risks. I said, try it. They did and it didn’t work.
They put him on three blood pressure meds and at 1 pm he passed. I was able to be there with him.
They listed him as a Covid death. Even though he didn’t have Covid when he died. They also said he had a massive pulmonary embolism. But the autopsy doctor said his arteries were wide open.
I want justice for my husband and I want these people to have consequences for what they are doing to innocent people. There need to be other treatments allowed in the hospital.
This is disgusting what they are doing and needs to be stopped!