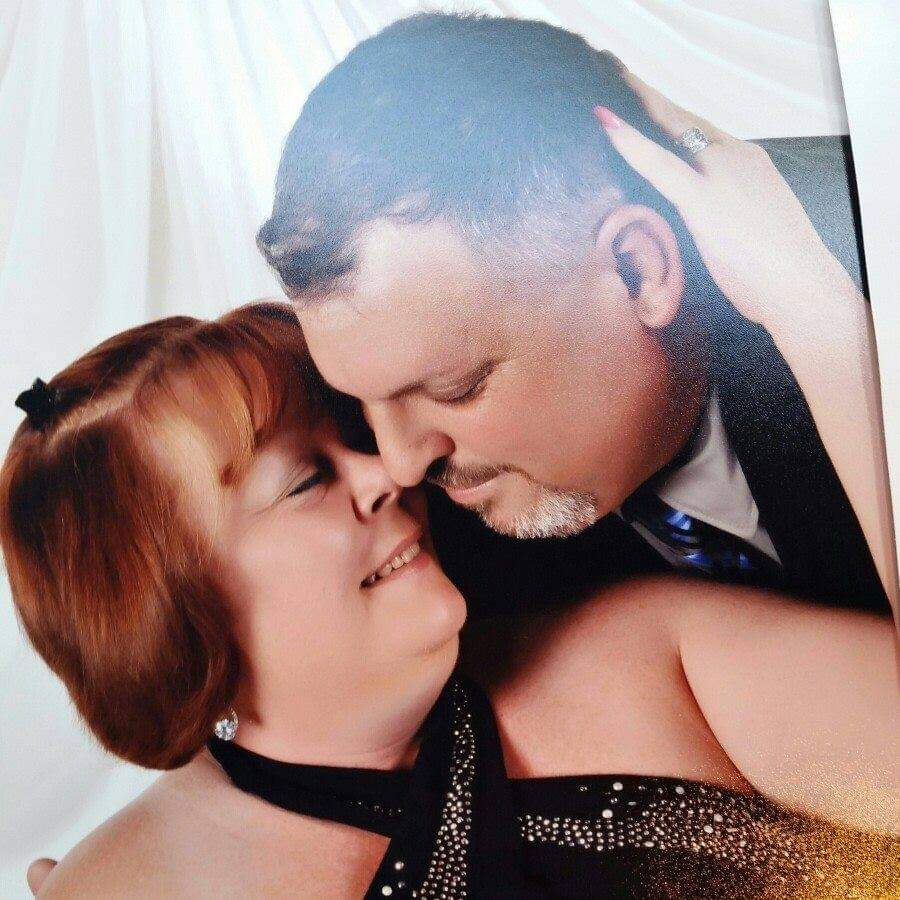 I told them from day 1 do not give him remdesivir and do not put him on the ventilator By the time they got him up to icu and I talked to his nurse Chris they had already given him remdesivere after I told them they better not give it to him.

My husband was a fun-loving man and he was my everything.

I just want the love of my life back.

We Were Made For Each Other

My husband was a fun-loving man and he was my everything. He was a truck driver that would give you the shirt off his back. We met back in 2010 online and face to face on March 7, 2010. From that day forth we were never separated. Where you found one, you found the other. I went on the road with him and loved every minute of it. Yes, it got old seeing the same stuff on different days but I was with him and that’s all that mattered. We were going to a truck show in Vegas in June 2011 and I looked at him and said “let’s get married out here.” We both laughed but the day we got there we went and got our marriage license and we had been together 11 years and married 10. I wouldn’t have traded any of it for anything in this world. He made me complete. When he was home for Christmas and New Year, if I would have known what I know now, I would’ve packed a bag and gone on the road with him. I have a big broken heart now over all this.

His truck broke down in Kansas and he was in a hotel waiting for that to be fixed. He said he didn’t feel good but we thought it was just the flu and that’s how we were taking care of it. January 27th he texted me saying he was calling 911 cause it just felt like he had run 2 miles just going to the bathroom and back. So he called and I didn’t hear anything. I called him back and he said they were taking him to the hospital. I said no because I don’t trust hospitals. Then I heard someone say his oxygen was 55 and if they didn’t take him he was going to die. So they took him and the next thing I know he was tested and they said he had covid pneumonia. I told him to tell the doctors and the nurse NO Remdesivir and NO ventilator. Once they got him up to ICU, I found out they had already given him Remdesivir and he said the doctor was talking about the ventilator. Once again I said NO, that will kill you. So, I talked to the nurse and the doctor and told them that all I wanted them to give him was Ivermectin, HCQ, and oxygen. Well, they told me “That’s against the protocol”. I said he’s not there to make yall rich!

What Were They doing?

Friday came and the doctor wanted to put him on the ventilator, I said NO. He even asked why. I said, “because it’s killing people, I’m not stupid I know what hospitals are doing”. Well, that doctor told me the ventilator is the last thing he wanted, even though I’m calling 3 to 4 times a day. I’m talking to him and he’s not asking questions, he’s just letting them do whatever because he believes what they’re saying. So they have him on a BiPAP and his oxygen is staying at 90 with the mask and mid to high 70s without it. I’m still not understanding why they want to put the ventilator on him. All my questions and concerns didn’t matter. The nurses were saying he’s stable, he’s good, that’s all I ever got. The doctor called me maybe 3 to 4 times the whole time he was there, she wouldn’t even answer my questions. Every time I called they told me the same thing, he’s good, he’s stable. Well here we are on Feb 2, 2022, and he’s saying the doctor said something about the ventilator. We got into a small argument over it and I said “No, it’s going to kill you.” He said “Well the way they’re talking, I’m going to die anyway. Just let them do what they need to. I just wanna live and come home.” So the last thing I heard from him was his phone was about to die and he’ll text me later.

“She said natural causes, but the death certificate says Covid.”

I hadn’t heard anything by 8:00 and I was telling him I love him and miss him but no response. So at 9:00, I called and they put him on the ventilator without calling me or telling me anything. I was mad. I went off. I asked what meds he had been given and they told me “You’ll have to talk to the doctor”. Well, I never heard from the doctor. On Sunday night I called and he was stable until 6 or 7 am Monday morning. Then I got a call saying his blood pressure dropped and they were hooking him to an EKG to find out if he had a heart attack. I never heard a thing about those results.

At 8:00 I got a call saying it doesn’t look good. I told her you better do everything you can to save him. At 9:00 I got that call that he had passed. I ask from what and she said natural cause, but the death certificate says Covid. Now, which is it? He was my ride or die, my best friend, my soul mate, my everything. Now I’m heartbroken and my world has been turned upside down. I don’t know if I’m coming or going. I’m mad, I’m sad, all my emotions are running wild. I just want the love of my life back. We had so many plans and I’m going to try and fulfill them but don’t know if I can. I do know one thing, I want justice for those murdering my husband and I won’t stop until I get it. 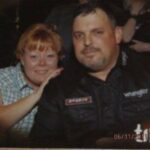 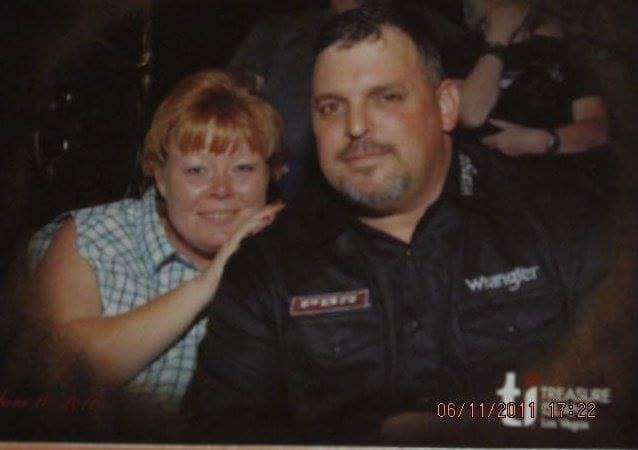 We went to Vegas for a truck show out there. We decided to just get elope in Vegas. I looked around for chapel and found chapel of the bells and come June 11,2011 at 6pm we became one. That was the happiest day of my life.