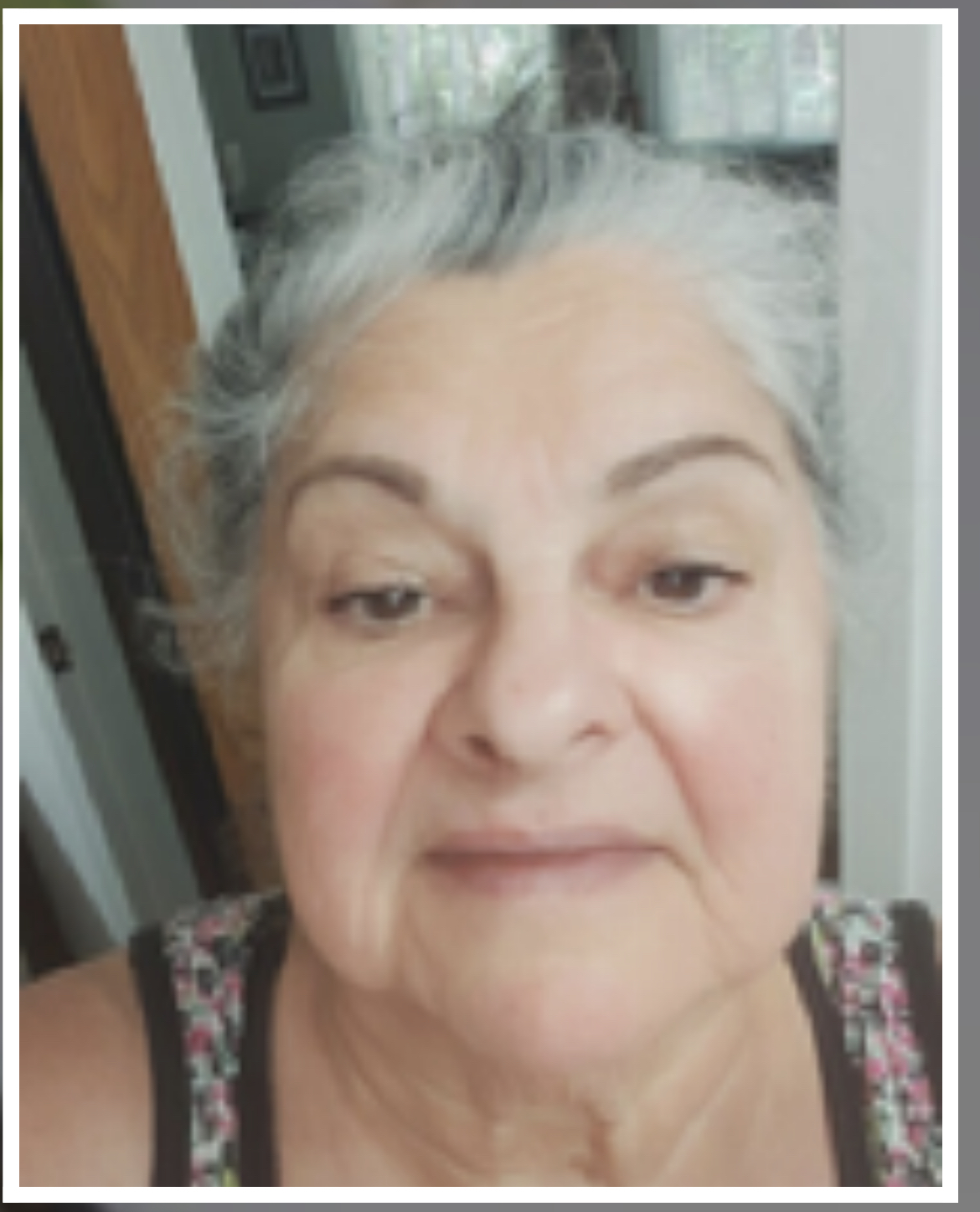 No one was allowed to visit. Texting was the only communication available to mom and her family.

She was told about a DNR and did not understand. she text me that. Also, her cpap must have come off in middle of night and no one fixed it. she was septic and im not sure if that was from hospital neglect, - punctured and collapsed lung, they had to insert her chest tube TWICE, needed multiple blood transfusions, huge hematoma under her arm where they first tried to insert chest tube, internal bleeding, 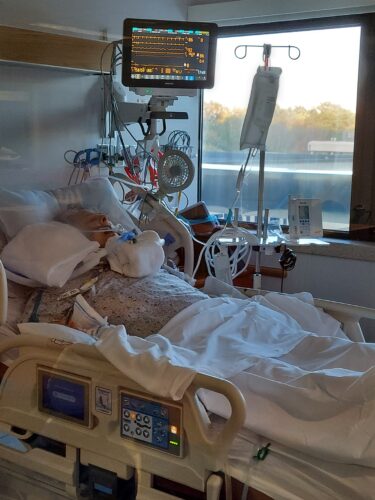 I truly feel if she didn't go into hospital, she would have survived.

My mother  passed away at Community Medical Center on October 21, 2021.  On her death certificate is listed Cardiac Arrest (when we took her off the ventilator), Pneumonia and then Covid 19.

She was at home with my father and brother and they were all sick.  At one point my mom had gotten out of bed to go to the bathroom and fainted. My family called the ambulance and they took her to the hospital.  It was there she was admitted to the ICU and left isolated from family for an additional 11 days.   We were only allowed to google duo or facetime.

During that time, I was on the phone with nurses mostly, it is very hard to get a doctor on the phone, and speaking to them about her daily treatment, her well being etc.   Nurses told me she had blood clots in her legs, they said she had pneumonia but also told me that Covid dries out the lungs so they were very brittle.  Her oxygen varied at levels, some days were good, some bad.

Mom had sent me a text message on the 8th of October, 5 days after being in the hospital by herself that she was very depressed because she missed us all and wanted to come home. My mom got me access to her patient portal so I could see her daily meds and treatments.  She told me they were giving her Remdesivir.  I text her to ask them for ivermectin, vitamin D or hydroxychloroquine and she told me that they said to her “Remdesivir is the best thing for her”.

It was now the 14th of October,  and my mom had texted me, before she was intubated that they told her she was anemic but they also had her on blood thinners because of the blood clots they found. Also on the morning of the 14th, after I spoke to her doctor, she texted me that while she was sleeping, her CPAP was leaking and she thinks they didn’t fix it which brought her oxygen down.

This was the day I was finally allowed to go see her. 11 days later after I begged the doctor to come let me see her because her spirits were getting so low from being so lonely.  When I arrived at the hospital, I had to sit outside her room and look at her through a small window, you know, like how you view animals at a zoo. SO DEHUMANIZING.

When I got there, I held my hand up to the window and she was in her chair with her CPAP machine on and held her hand up and started to cry when she saw me.  I went over to the doctor to get an update and they told me that it was time she was intubated and that her oxygen wasn’t getting any better on its own.  I asked about the drug  Bamlanivimab, as it helped someone else I knew at this stage and they told me it was too late for that.

I had to make a decision and wanted to discuss it with my dad and somehow my mom, knowing she was always against intubation.  My mom text me that she was ready and that she couldn’t breathe and just wanted to feel better so she trusted the doctor’s advice and we had her intubated that day.  I still live with regret til this day but I will never know what could have been.  Things just got worse since that day.

Her kidneys started to fail which I also read could be from Remdesivir use. They gave her fentanyl for pain, they told me she was on antibiotics but needed stronger ones as there could be an underlying infection, possibly sepsis. They ended up having to tie her hands down and then heavily sedate her because she tried to touch the tube in her throat as you could see she was uncomfortable.

We had a family meeting with their team of doctors who informed us that it isn’t looking good and that we would have to make a decision to pull the plug or not.  We as a family could not do that and that was a very emotional time for us all. I had my two aunts here with my dad at this point to help me with these decisions.  We asked if we could please enter her room and we would agree to put on full PPE just like the nurses that go in there all the time.  We had all previously had Covid and were fresh with antibodies as well.

We were hoping that if she could hear our voices or feel our touch, even though she was not 100% conscious, maybe things could turn around. They agreed as I feel they knew the end was near.  So for the next few days we took turns going in there dressed in full PPE just so we could talk to her and hold her hand.  I played her favorite musical for her, West Side Story, hoping the music would bring her some joy. I don’t know if she knew we were there or not which still haunts me.

I got a phone call on 10/21/2022 at 5:18 am (her birthday by the way) saying that her blood pressure was dangerously low and we should come quickly. My daughter and I got dressed in what seemed like 1 minute and were on our way to the hospital where we met my dad.

We dressed in full PPE and entered the room as quickly as we could.  We talked to her, we kissed her forehead and held her hand.  I gave her “permission” to go and a few minutes later, they came in, shut off the machines and she passed.  I will never forget the hole in my soul that was born that morning.

In memory of Anna Caruso victim of NIH/FDA protocol.

Everyone Loved Her – Mark’s Story