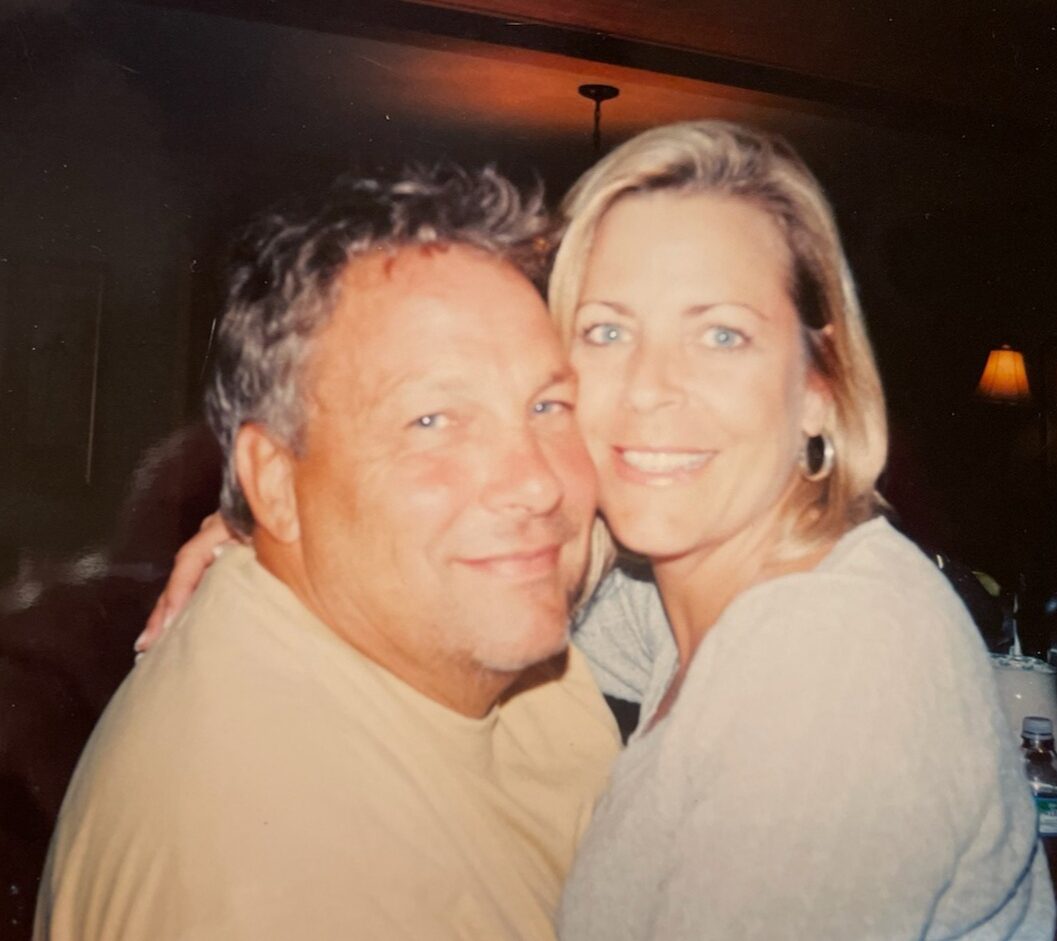 There were several conversations between Kevin and his primary care doctor the first couple days he was in the hospital. Kevin relayed those conversations to me. The conversations were heated and escalated each time they discussed his vax status or requested Ivermectin and Hydroxychloroquine treatment. The Dr. told him "I will treat as I see fit" and "you are not in charge of your treatment, I am" and "I'm the only one with a degree from a medical school in this room" and "you would not be in this situation had you just taken the shot". There was a lab-tech drawing Kevin's blood during one of these conversations and she happened to be a friend of my daughters. She told us, "I have never, ever seen a Dr. yell at a patient like that! She was mortified. I believe my daughter was in the room for one of those conversations as well.

Kevin was neglected. The nurses would leave him alone hours on end and would not check on him. He had to wait to use the bathroom until someone "showed up". His meals were left outside the door and we had to call many times to check on the status of his evening meals since they were ALWAYS late. They would give him insulin with no BS check and then not give him food when his BS dropped. I was not given updates as I should have been. I had to call several times to reach the shift nurse and even called the "charge nurse" many times to tell her what what going on with food/water and neglect. The Dr. and staff were rude, impatient and had zero compassion except the first night shift nurse he had for the first couple nights.

How long was the victim on remdesivir?: 3 days

Days on a ventilator: : 4 days

What types of activism: I have joined C19Widows Group on FB and have been communicating with the loved ones of some of of the victims. I plan on attending the Rally at the Alamo March 2023 and helping any way I can. 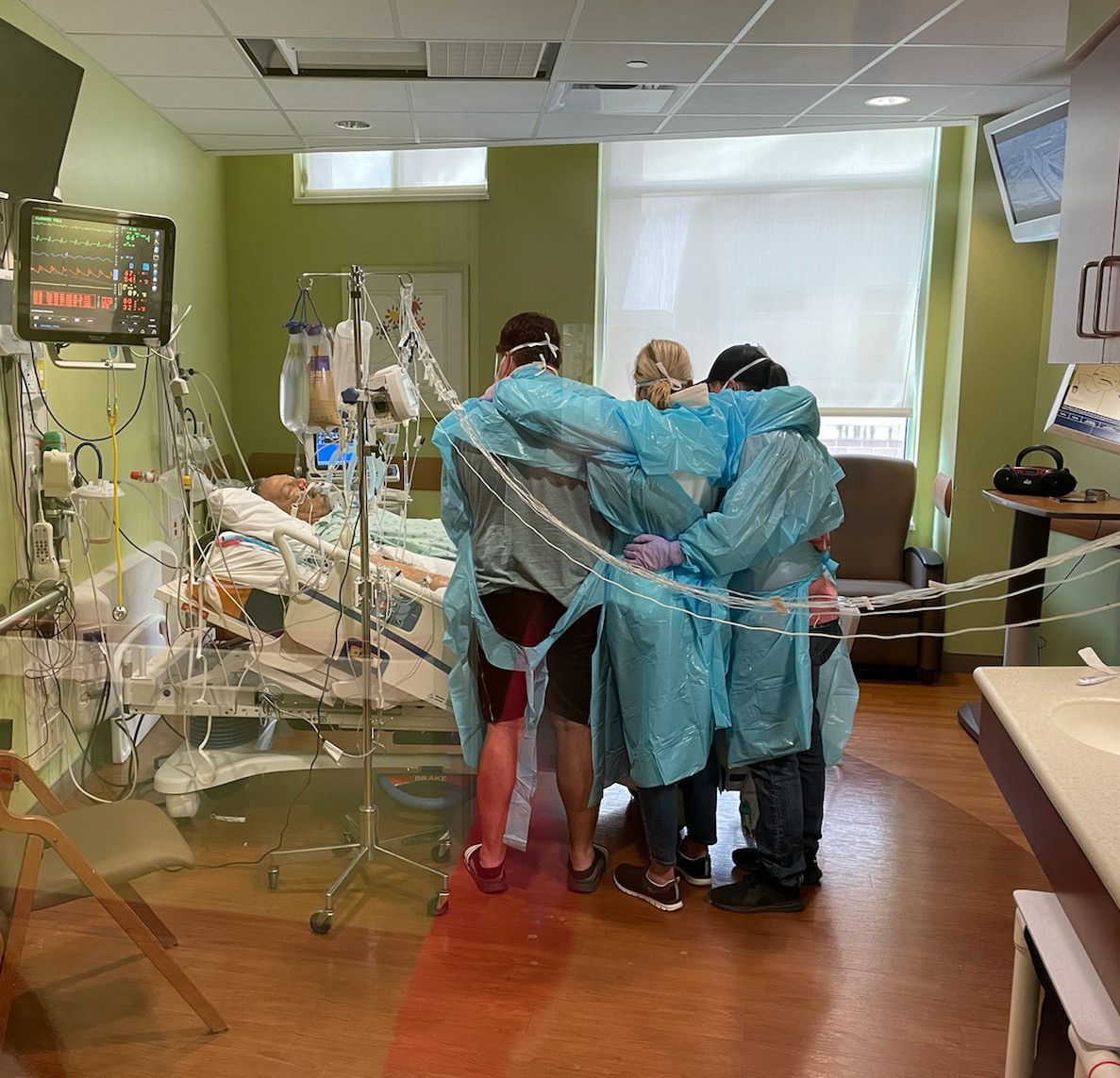 I would have been with him round the clock 24/7 to take care of him but the hospital only allowed us 2 hours - two times per week. Kevin left behind 25 year old twins. Their lives have been irreparably destroyed. No-one should lose their Dad at 25! Kevin fought so hard. Had I known he was going to be murdered by the hospital protocols I would have taken him out of the hospital once the horrors began unfolding.

Kevin was diagnosed with COVID April 9, 2021, my 60th birthday. He was given antibodies of some sort, I believe BAM at the Lourdes Emergency Hospital in Scott, LA.  This was the first time he requested Ivermectin and Hydroxychloroquine. He was refused.  They sent him home with no treatment other than cough syrup and I believe antibiotics and instructions to “go to the ER if he got worse”. He continued to get worse over the next couple of days but fought against going to the ER. He kept telling me he felt like if he went in, he was not coming home. I was so scared because his breathing was severely labored, so his brother Pat and I finally convinced him to go in. The experience at the hospital was horrendous.

Beginning with the hospitals refusal to allow me to stay with him and only allow two people, my daughter and I, in to be with Kevin for two hours after 4:00 pm on Wednesdays and again two hours, after four pm on Saturday all the way through until hour before he died, which was my last communication with anyone in the hospital. I walked out of his room at 7:21 pm. and walked right past the nurse’s station and said nothing.

The nurses just looked at me, continued eating their junk food and watched me leave without saying a word to me. We were told we could call anytime, day or night as many times as we needed to, to receive updates. That offer went out the window after the first night. Every time I called; it was a HUGE inconvenience. And at that I would have to continually pull answers out of them. I called one morning before the day nurse came on the see how Kevin’s night was the nurse told me, “what do you want to hear? Nothing has changed.” I was furious.

Kevin was of course t4exting me the whole time and there were MANY occasions where he begged me to call the nurse, he needed help, and they were not responding to his calls. They would leave a bagged lunch outside his door on the floor, and it was only brought into him when the nurse was completing her next set of rounds. Sometimes hours would pass before they would go back by his room and see the meals sitting there. How the hell did they expect him to get out of bed to find his meal?

He was hooked up to IV’s, monitors…all of it! I called the charge nurse many times to complain. She patronized me and said, “she would take care of it”, but she never did. It would happen again and again. I wrote all my conversations down on a note pad but a couple of weeks after he died, I found them, tore them up, and threw them all away! I regret that so much! One nurse, who had actually retired and came back to help on the COVID floor walked by Kevin’s room and saw him struggling to breathe and asked a co-worker why Kevin had not been placed on his stomach to relieve the pressure on his lungs and the response was “I couldn’t find someone to help me turn him.” The temporary nurse was so upset by that she arranged a facetime with me later that afternoon to let me know what happened and to be certain I demanded they allowed him “stomach” time to help in his recovery.

I never saw her again after that video call. Kevin had asked the Dr. to give him Ivermectin and Hydroxychloroquine and the Dr. flat out refused. They had several heated arguments about it.  And he still refused. I should have fired him right then and there. I will never forgive myself. I was diagnosed with COVID on April 19, 2021 and was told I could not come back to see him for seven days. The only symptom I had was a “rash” all over my body. That is the reason I went to the walk-in. I thought it might scarlet fever due to strep throat, but the strep test came back negative. So, they tested me for COVID and that one came back positive. The rash was the only symptom I had which at that time was not commonly known.

The Dr. at the walk-in had only seen a similar rash one other time and despite having no symptoms (i.e., fever, cough etc.) they kept me away from Kevin. My daughter stepped up and continued going to be with him during the scheduled time. It has been devastating for her. She was there when they came in and said he needed to go on the “vent to rest” his lungs. She made the phone call to me. Then the Dr. made the Facetime call to let me know they “had to do it” to help him get better. I was given 2 minutes to try and talk to him, but he was so exhausted I do not think he heard me.

I was finally able to get back to him on Monday April 26th. I spent the morning with him then was told I had to leave. I resisted but they refused to let me stay. An hour or so later I got the call that I needed to return to the hospital. They told me he looked like he was not going to make it. I told them I was bringing my son and daughter and they told me my son was not allowed because he was not on the “approved list”.

Then I TOLD THEM “MY PASTOR IS MEETING ME AT THE HOSPITAL WITH MY SON AND WE ARE GOING UP TO SEE KEVIN! They agreed to allow my son to stand outside of Kevin’s door but refused him entry. After some discussion, my Pastor was able to convince them to let him in. The three of us said goodbye, held each other and wept bitterly.  Kevin died the day after our 34th wedding anniversary. He waited until I was able to get back in to see him before he left this earth. We had been together for 41 years. My children were just 25 years old. There is so much more to the story, but I am exhausted just sharing this little part of what he went through his last days on earth.

To: The Hospitals of Providence, El Paso, TX