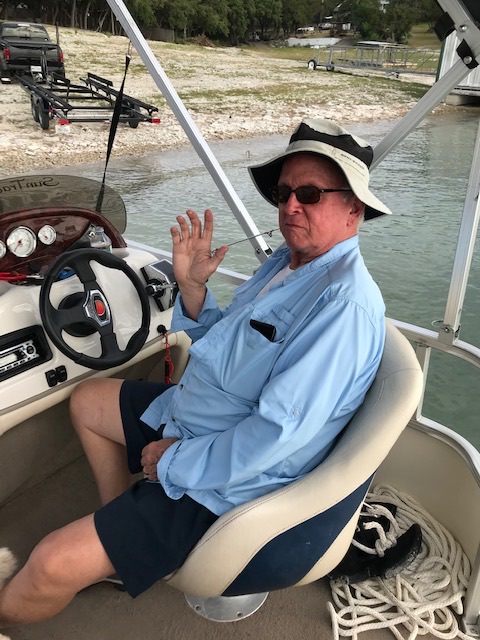 He was denied visitation and doctors refused to start dialysis even though we begged them.

Their hospital motto is "Compassion and Care", the truth is, they are the opposite of that.

He received ok care while not ventilated. He liked his nurses and doctors. Hospital didn’t allow us to visit and was very rude to us. He could not visit with my mom who was in the room next door. They wouldn’t even allow him to wave from the door when they wheeled him off to icu.

What types of activism: Sharing our story wherever we can

Don't go to the hospital

In June of 2021 our whole family got Covid. Both sides. My husband’s dad, my parents, and I were all hospitalized with Covid pneumonia. I was home in 4 days, my FIL in a week, my mom in 2 weeks, and my dad 23 days. Everyone got it except my 16 year old son. They said Dad had lung damage, and was on a ventilator starting July 2. Dialysis, since July 4th. He just kept declining with everything they tried. Their “Protocol”  is Remdesivir, a failed Ebola drug that causes organ  failure in 1/2 the patients it’s meant to save. This led to organ failure, specifically his kidneys. We were made aware by a covid nurse friend that intubated covid patients were very often given temporary dialysis. We pleaded with Dad’s doctor to start dialysis. The doctor balked and told us no matter what they did, Dad’s chance of survival was zero, according to statistics for his age. We explained that since Dad had zero other comorbidities, we wanted dialysis started on him ASAP. EIGHTEEN HOURS LATER, they started dialysis. His doctors stopped calling us with updates after this. The hospital (downtown Baptist in SA) denied us visitation for 2 weeks, even though he wasn’t contagious anymore, and even though Resolute, also owned by Baptist Health Systems, allows Covid patients visitors. We finally reached out to corporate, and the CEO called us, apologized, and allowed us visitation. But by this time he was intubated and sedated. Everything that they did made him worse. We asked them to start treating him with Ivermectin, but they refused saying “we have our protocol”. We were getting a court order to give him Ivermectin, and they cut off visitation again. The next morning, they called us and said he coded, and they started CPR, and to come to the hospital ASAP. He was gone when we got there. This whole thing has been horrific.
Everyone else recovered like it was a bad cold. I’m doing better, just tire out easily. Mom is home, and doing well physically. This has been hard on her though. My brothers and I have been taking turns staying with her.
We were prophylaxing  with Ivermectin and vitamins, but our doctor said we were under dosing bc the protocol changed from every 2 weeks to every week, and also not taking enough for our weights since ivm dosage is weight-based.
People keep asking if we had a “variant”. No one tests for variants. I have no idea where variant testing is done. We were just told we were positive. All I know is we were positive, and pneumonia developed very rapidly.
Also, Christus Creekside ER in New Braunfels, Tx, where I initially went bc I thought I had a stomach bug (My only symptoms were diarrhea and night chills, and an occasional low grade fever.), diagnosed me with Covid pneumonia, and sent me home with zero steroids, zero azithromycin, and zero oxygen. They said I was too healthy, and my O2 was too high, but to take TYLENOL ONLY for symptoms and to come back if I can’t breathe. 5 days later, I was in Resolute ER in New Braunfels with low O2 and shortness of breath. When I told this to the intake nurse. He said, “That’s disturbing. That’s how people die.”
Last month, my 82 year old uncle was in the VA hospital in San Antonio for an infection. He was about to be released to go home and await surgery. The hospital decided to test him for C, and of course, it was positive. He was NOT RELEASED, and he was subsequently quickly ushered to the C O V I D ward, even though he had no severe symptoms. We were not allowed to visit anymore, but he knew about the deadly effects of Remdesivir, and refused it. At night, the hospital again tried to add two bags of Remdesivir to his IV, and he woke up, saw, and refused it again (probably with colorful language, knowing him). The hospital, seeing he was on to their game, released him the NEXT DAY. He then received appropriate treatment from our family physician in the form of
I  v e r m e c tin,
Hydro xy ch lo ro qu i n e, Azithromycin, and bu des on ide. This is his text to us:
“Halfway through Dr. ———-‘s regimen, sense of smell & taste are back 100%, nasal burning, gone, throat raspiness, gone. No coughing, no fever…feeling normal. “
My uncle receives full medical benefits as a veteran. My parents have/had Medicare. They got Remdesivir and my dad went into renal failure and died. My mom got worse before she got better. At this same time, I was also hospitalized with C pneumonia. I have private pay insurance, and at a different hospital, was given convalescent plasma, steroids, antibiotics, Oxygen, and vitamins. I took my own prescriptions of Ivm and HCQ with me and finished them in the hospital on my own. No Remdesivir, which I’m so thankful for because I wasn’t in the condition to advocate for myself. I was initially much sicker than my parents, but I went home in 4 days.
There is no incentive to save our parents and loved ones who have government insurance. There is every incentive to do quite the opposite. This draconian practice seems too sinister to be happening, but it is. It happened to my family twice, and it’s happening to other families all over the US.

To: University Of Kentucky Hospital