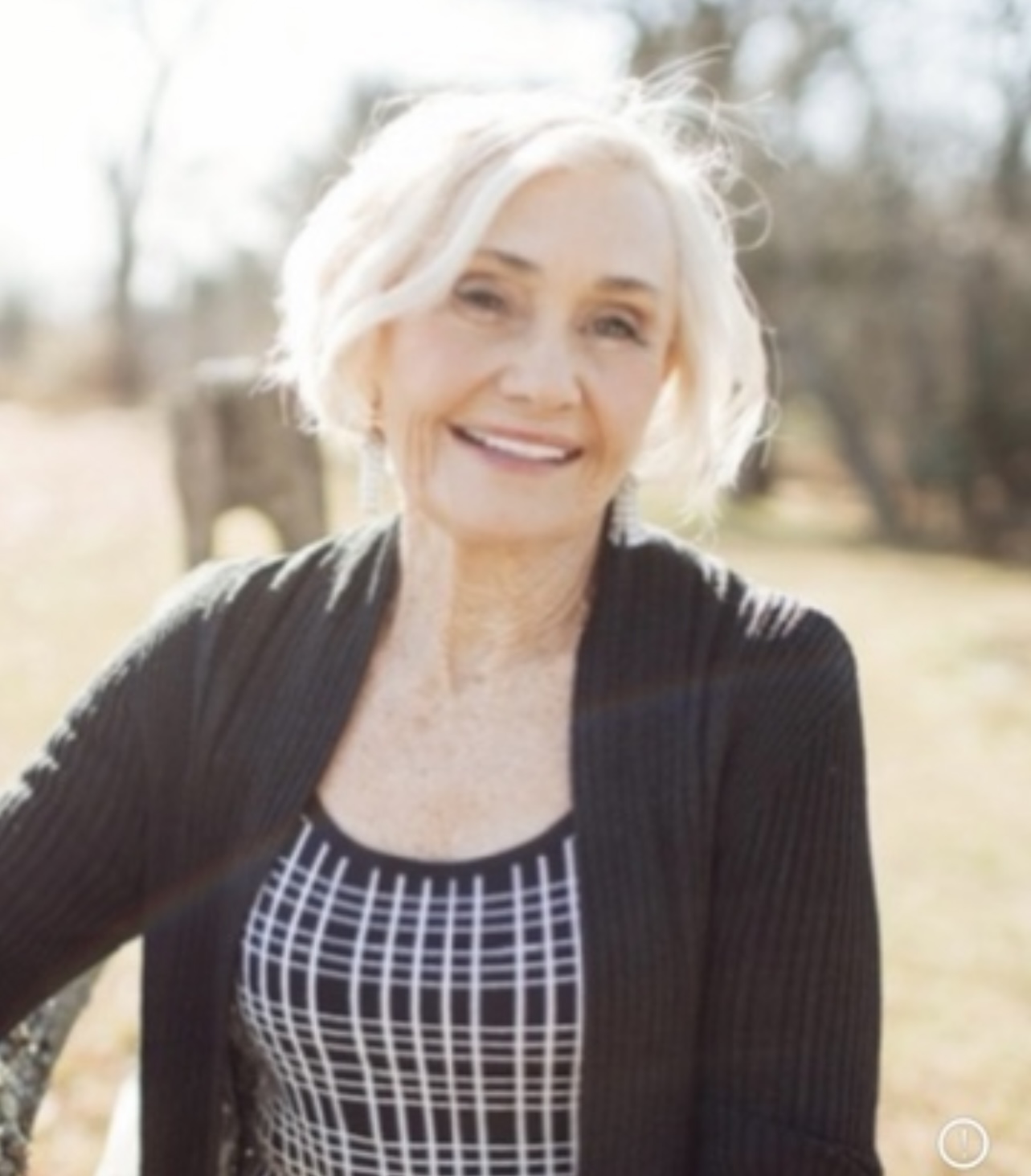 She was original admitted for a broken hip , next day she was tested positive for COVID then she still had surgery. Was treated for Covid under CDC mandate , denied her I’ve and hydroxychloroquine. Sent home w blood clot and oxygen 2L Just to be readmitted 3 days later . When she arrived the 2nd time she had breathing issues - she was tortured and killed within 1 week - they let her die because we wouldn’t vent her. Her story explains it all 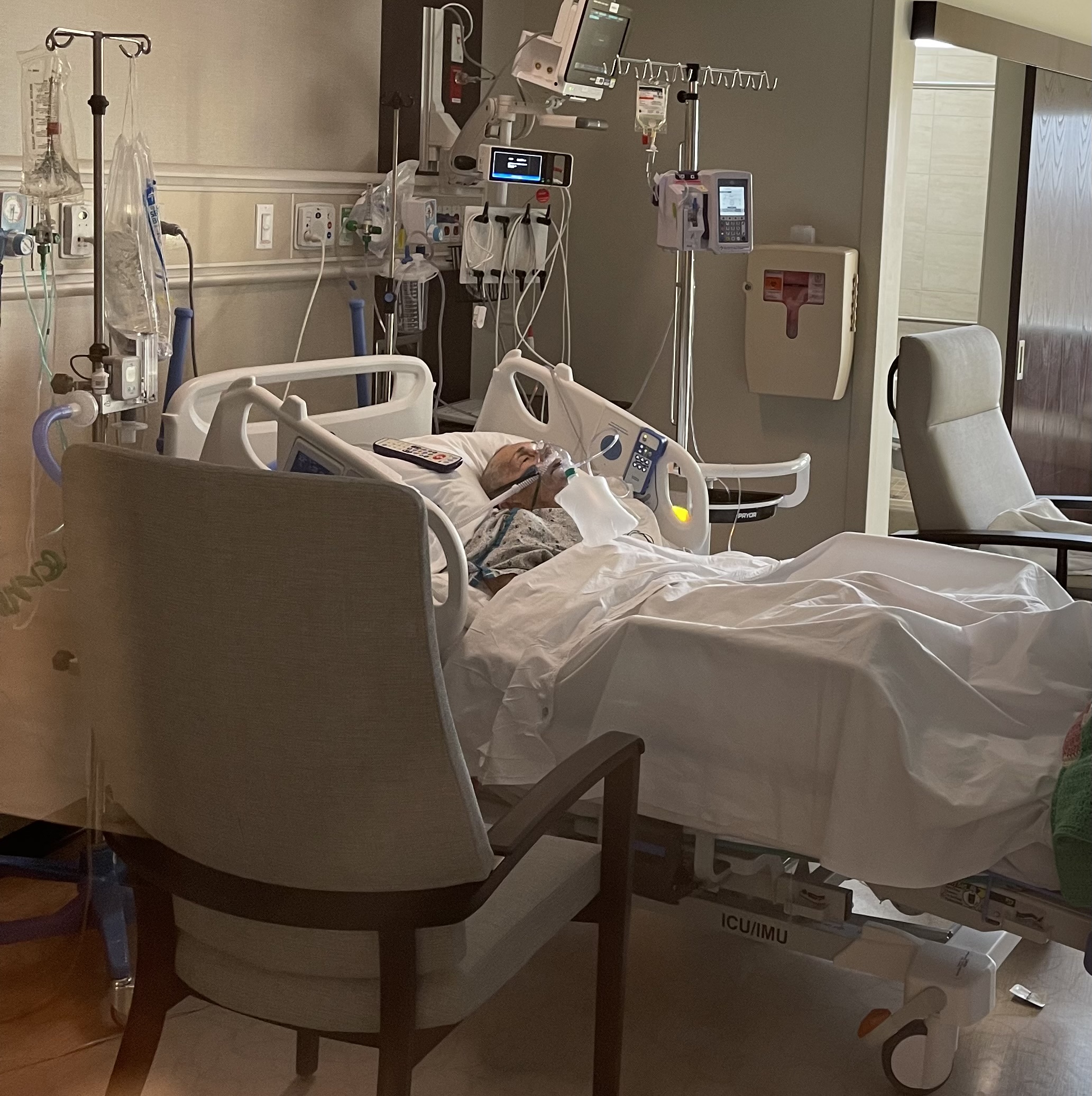 Two days after her death, my husband—just three rooms down and unconscious on a ventilator—passed away.

On November 20, 2021, we lost our beautiful and vibrant mother at age 87. She was such a strong woman, and she really never complained about anything. She was healthy; she was never prescribed to any medications except thyroid medicine in her entire 87 years of life! She had never been hospitalized until her recent hip replacement surgery in November 2021, which then fatally led to COVID pneumonia! We all thought she would live to be in her late 90s as both of her parents had.

Her most salient characteristic was her extraordinary generosity—of spirit, time, and means. Those who knew her best knew that she was most at home out in nature. She would feel her connection to God and great joy and peace simply gardening for hours on end—every day—surrounded by her beloved flowers and vegetable garden. She enjoyed spending time holding intellectually stimulating conversations—especially those concerning politics and natural health—cooking and baking German and Austrian specialties, and playing cards. She will be best remembered and celebrated for her loving heart, abiding care, and unquestionable loyalty to family.

On the morning of 11/08/2021, our mother fell and broke her hip at home and was admitted to Doylestown Hospital by ambulance. She was scheduled for surgery the next morning. Once she was given a room, I went home for the night planning to return the next morning. I returned the next day to see her prior to her scheduled surgery, but once I arrived I was immediately told things had changed since last night. I was then ordered to leave immediately due to her testing positive to COVID, and she was still scheduled for hip replacement surgery later that afternoon.

On 11/11/2021 (her 87th birthday), she was discharged to go home with us to care for her. She was thrilled to be going home and to be able to recover at home with us. She was discharged with COVID pneumonia and acute hypoxic response insufficiency on 2L of oxygen, steroids, and blood thinners. We had a hospital bed, walker, oxygen machine, and portable oxygen tanks delivered out to the house the morning of her discharge.

My sister and I cared for her around the clock and she seemed to be feeling better for the first few days. She also had an occupational therapist visit her the next day so she could continue exercising to recover from her hip replacement. She was determined to get back to normal so she could go on with her daily life.  Her oxygen levels were fine until Day 3, when she just couldn’t keep her oxygen saturation (SPO2) above 89, so we called the doctor. Meanwhile, we had turned her oxygen up to 4L, but we were instructed to leave it at 2L. We finally called 911 and had her re-admitted to the hospital. The look on our mom’s face as she was being put in the ambulance was heartbreaking! She knew right then and there she would not be back again!

When she arrived back at the hospital, they treated her for acute hyponatremia, acute hypoxic respiratory failure, and COVID pneumonia. She was treated with a high-flow oxygen mask on 15L and a non-rebreather. We requested that they administer ivermectin and hydroxychloroquine. Once again, they responded that it’s not standard care per CDC and, therefore, refused to administer both medications to her. They, again, pushed the notion of administering toxic remdesivir despite our previous refusals. We, naturally, declined it again. We were then told she was not a candidate for convalescent plasma or monoclonal antibodies.

After her hospital admission, she was coherent, texting and calling us several times a day. She would tell us that they were torturing her and that she would not wish that on her worst enemy! She kept telling us they were going to kill her and begged us to take her home. As laypersons, we, of course, thought she was where she needed to be, that her oxygen levels would be back up, and that she would be coming back home in just a few days. Meanwhile, my husband was also in the ICU just 3 rooms down in critical care on a ventilator.

On the 5th day of her hospitalization, her doctor called to inform us that she was declining rapidly and would probably die in one to two days if we wouldn’t have her ventilated. We then had to decide to start her comfort care. We immediately called my two sons, who live in FL. They both arrived within one day just in time (one hour prior to her passing) to be able to be as close to her as possible, only to see her utterly suffering: She was is absolute agony, as she was desperately struggling to breathe, a traumatic image her grandchildren will never be able to forget. We were only permitted to look through the glass window. We recorded our goodbyes to her on a cellphone which her attending nurse then played for her multiple times; lying there rigidly, she couldn’t even turn her head to look at her grandson whose message was being replayed multiple times. Tears ran down her cheeks as the message was played. It was apparent that she was in unbearable pain. She also developed dry, itchy, and burning eyes due to the excessively forced oxygen, so the nurse would administer eye drops. (Her left eye couldn’t close completely anymore.)

We were not permitted to visit our mother, but we were able to pick her up and bring her home with COVID pneumonia after her first hospitalization and care for her for four days! Let’s think about that for a moment!
We really had no idea how much she had suffered—“care” was performed behind closed doors—until the last few days of her life. We would call the nurses several times a day and check on her condition. At first, she was doing much better. But after a few days, her health started to deteriorate rapidly. We instructed them not to ventilate her. After recently reading through the 1259 pages of her hospital medical records, we learned how horribly she had been tortured to death! At one point, she told a nurse, “I’m trapped.” She knew they were killing her, and she would never see us again. Her hands were also restrained like an animal. We now know why she continued to pull her mask off; the oxygen was way too powerful and painful for her lungs! We have photos and videos that we took looking through the glass window as she was traumatically gasping for air like a fish out of water, flailing her legs up in the air! My daughter actually had to find a nurse and demand that she administer more morphine to alleviate her clear suffering!

Unfortunately, my sister, who lived with our mother, was home and not present at the hospital when our mother passed away. It happened so quickly, and she will never get over having not been by her mother’s side—well, glass panel. Two days after her death, my husband—just three rooms down and unconscious on a ventilator—passed away. So, just imagine watching your loved one through a window, suffering in the most inhumane way possible, alone without any family members comforting her, no one to hold her hand as she takes her last breath! Then within seconds of her passing, her attending nurse disconnects her oxygen mask, opens her door, and informs you that you can now go in to see her. So, no one could be with her while she was dying due to her alleged contagiousness, but the second she stopped breathing, her room was no longer dangerous?! That is just pure evil: methodical government- and hospital administration-ordered extermination of healthy patients and mental anguish of their survivors!

We were also told that she had been left in the hospital morgue for a few days; it seems to us that all deceased COVID patients were mistreated. Animals have more respect then humans in a COVID ward. We have indescribable guilt now knowing how and why she died. She should not have died, especially alone!  Last November was the worst month for our family, having lost both my mother and husband just two days apart. We had a double funeral and a celebration of life for them on 12/12/2021. Needless to say, our holidays—our lives—will never be the same. We all miss them terribly. In the case of my mother, she left behind two daughters, four grandchildren, and five (with a sixth on the way) great-grandchildren.

I’m so grateful for finding this support group and that we are able to tell our stories. Hopefully, justice will be served, and more people will finally discover the truth behind the medical establishment and government’s despicable wall of deceit!

Be Aware, Our Mom Connie’s Story

My Husband was Killed by the Hospital Treating Him