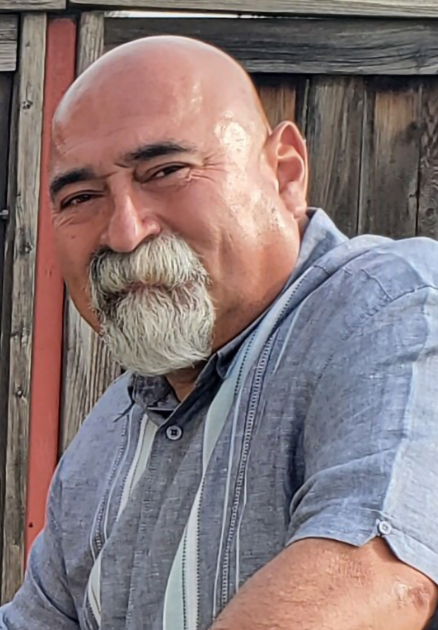 Minimum contact allowed. An hour before ventilation. 2 times when meeting w doctor and an end of life visit through the glass window. The inhumanity of the experience will live with the family forever.

The doctor called to tell Ann that Gus had died. By the time they rushed to the hospital and saw him, his body was already cold.

Communication, what there was of it, was contradictory. Without being in the room with her husband, Ann believes their actions when he wasn't "in his right mind" of venting him amounts to behavior control rather than good medical practice.

How long was the victim on remdesivir?: 3 days 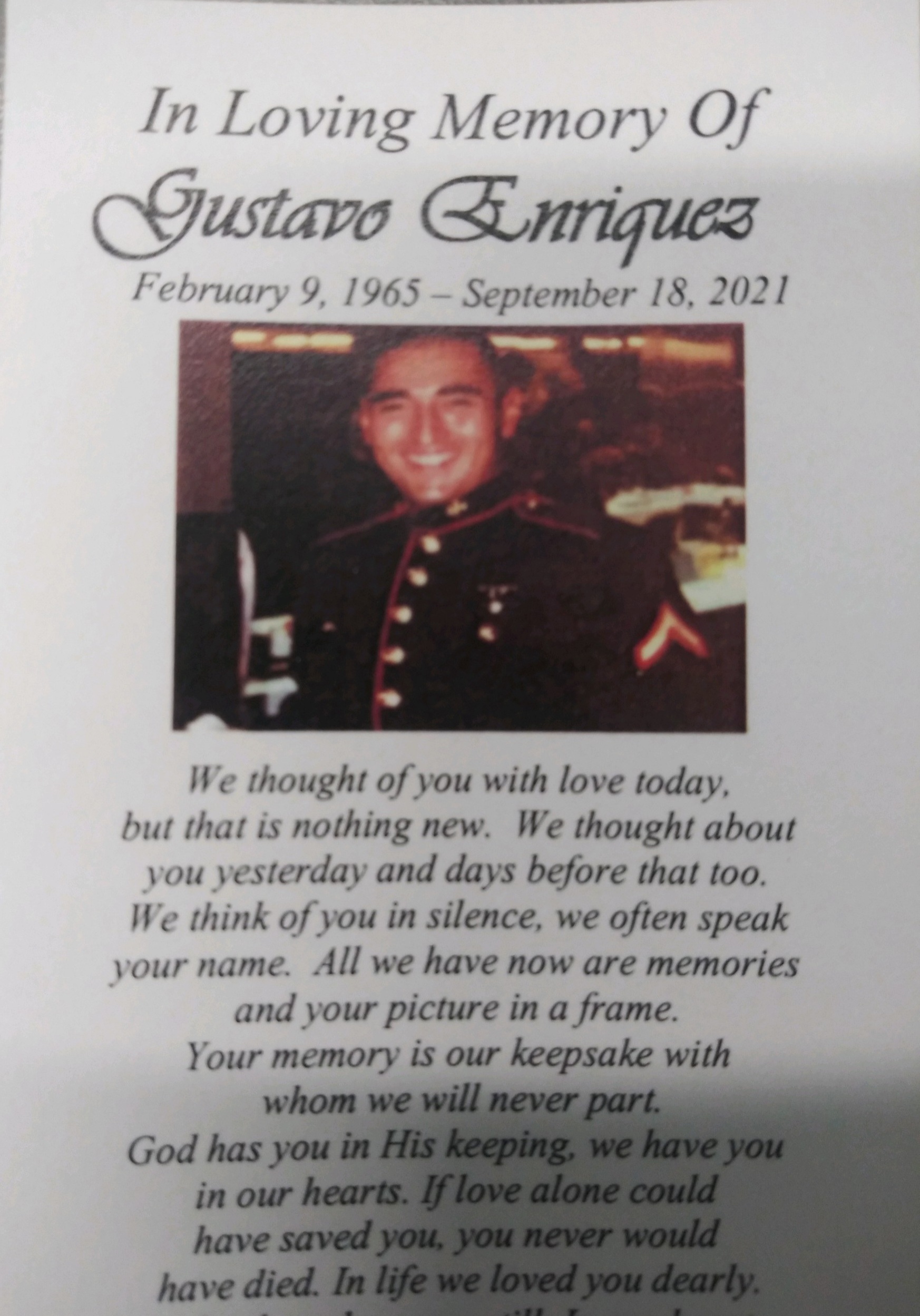 Gustavo Enriquez, known to all who loved him as “Gus”, was a strong 56 yr Marine veteran who always kept in good shape.  He was loved by his family as a husband, father, and “Papa”. On 8/22/21 he began experiencing symptoms of covid. He sought medical help the next day but by 8/24 his oxygen level dropped to the 80s then down to 64. He was experiencing chest pain and had difficulty breathing.  Ann, his wife, brought him to Kaiser hospital but was not allowed in and was told to check back in 2 hours.  She sat and waited in the parking lot.

Finally, she heard back from the medical staff.  She asked what the next steps were. They told her it  did  not include ventilation but did include 5 days of Remdesivir.  She was told it would help because Gus had “full blown Covid.”

Gus fought the good fight for two weeks.  The first week he was on hi flow oxygen then switched to a bi-pap machine.  The conversations with Gus grew shorter. Ann would call, he would say a sentence or two and hang up. He spent 25 days isolated from his wife and family. The day prior to Gus’s death, Ann received a call from a nurse, advising her that he had struggled through the night and coded because he had a seizure.  When Ann inquired what happened, another nurse told her that Gus was ok now.  He didn’t have a seizure. He was not in his right mind.  He wasn’t himself.  However, they were going to intubate him and it was best if the family came to say goodbye.  They all rushed to the hospital and instead of being allowed to hug him or touch him, his beloved wife had to stare through a window in disbelief.  Gus was ventilated on 9/5/21.

Gus’s attending physician, referred to as Dr. G, was on duty the 5th, 6th, and 7th of September.  When he went off duty, he advised Dr. Rana that the family had approved “comfort care”.  Dr. Rana called Ann’s daughter, not Ann, and stated that comfort care was approved. Ann disagreed. Dr. G never asked Ann or any family member about “comfort care”.  She wasn’t exactly sure what they were talking about.  On 9/10/212, Ann met with Dr. Rana who advised Ann that Gus’s kidneys were failing.  When she asked for him to pray for Gus, he turned to look back at her with a blank stare, and kept on walking.

On 9/18/21 Ann received a call from Dr. G that Gus had died.  By the time they rushed over for the end of life visit, his body was already cold.  Hospital records show Gus died from Covid, Acute Respiratory Distress Syndrome, renal failure, and multi organ failure.

Ann disagrees. A Marine veteran, in top physical condition, was killed by the FDA “approved” hospital protocol where one treatment fits all as long as the hospital gets its financial reward, incentivized by the very government under whom he served his country faithfully.  This is what Ann and her family believe.

The fight to save lives and bring the corrupt bureaucrats to justice continues as more courageous family members of victim’s families step forward and shine a light on the darkest time in our history.  The secret they don’t want you to know. They are killing people with ventilators, drug overdoses, and Remdesivir.

My brother got vaccinated and then got cancer

To: Our Lady of Lourdes Regional Medical Center

Everyone Loved Her – Mark’s Story

Murder of a Mom, Grandma, Grandma-Grandma, and caretaker

Seeking Justice for the most loving mother, grandmother sister and friend anyone could ever hope for.