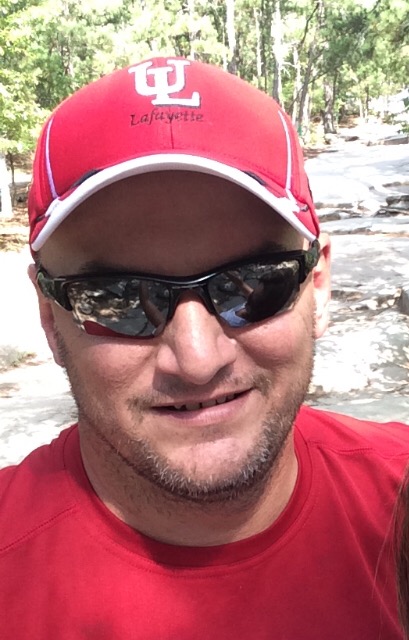 The victim was repeatedly asked about his vaccination status. After being denied Ivermectin, we asked the doctor if there was a more aggressive treatment. He responded that there was one and it was called the vaccine. He was very sarcastic and rude.

We repeatedly requested and was repeatedly denied Ivermectin and Hydroxychloroquine. Constantly pressured to be vaccinated & Dwayne was mocked.

The victim was not tended to when the button was pressed on several occasions while wife was present. The victim was smothering in his own mucus and intubation tube was not in correctly when wife arrived.

Days on a ventilator: : 11days days

What types of activism: I tell everyone not to go to the hospital. I warn them about the deadly protocol. I believe those in charge of these orders should be held accountable for killing so many people who did not need to die.

The world should know that many healthy people died needlessly due to deadly hospital protocol and lack of immediate treatment when first diagnosed.

My husband, Dwayne was a strong healthy 53-year-old man.   He did not smoke or drink alcohol.   On Sunday, August 1, 2021 we drove to the walk-in clinic because he was running fever and feeling tired.   He was diagnosed with Covid-19.  Dwayne was not given any medication.  He was told to rest.   Dwayne was rarely ill therefore he did not have a primary care physician.  I tried to get him medication but was unsuccessful.

We returned home where he rested, but was not feeling better.  On Thursday, August 5, I drove him to another walk-in clinic.  He was given a z-pack  He started the antibiotics but by Saturday evening he was coughing more and his blood oxygen had dropped to 87.    This time (the 3rd time) we decided to go to the emergency clinic about an hour away.   He was taken into triage and I didn’t hear anything until over four hours later.    I was told he needed to be on the Bi-Pap to get supplemental oxygen.    I was also told he would be transported to the main hospital.   I did not get to talk to him before I left.

Sunday, August 8, 2021 he was transported to Our Lady of Lourdes Regional Medical Center in Lafayette, La.

Dwayne was started on “Remdesivir and steroids as per hospital protocol”.  He was put in an ER room because there were no available beds.   He was not allowed to get up and walk nor was he able to clean himself.  He was finally given water after begging for some time.  He remained in a reclined  position on his back.  One doctor was extremely rude and made references about him being unvaccinated.   After 2 days in the ER, he was transferred to the Progressive Care Unit upstairs.  When I visited for my hour that day, he was still in the same clothes as he had worn to the Emergency Clinic 3 days before.   I checked him for bedsores.  He had one.  I notified the nurse but had brought in my own supplies to clean it and put dressing.

Dwayne stayed in the Progressive Care Unit from 8/10/21 to 8/16/21.  During this time, I was only allowed to stay one hour a day.   He had graduated to the nasal canula and would sometimes be put back on the Bi-Pap for a while.

On August 15, 2021, Dwayne was given his medications while I was visiting.  He told me he felt anxious.  They had put him back on the Bi-Pap.    I recognized that he was having a panic attack.   His stats started fluctuating.   I told the nurse that he was having a panic attack and she agreed.  I told her to please let me try to calm him.   I talked to him and walked him through the short attack.  His nurse gave him a medication for anxiety and he was quickly calmed.  His numbers became stable again.   Then I had to leave because I had stayed longer than my “Hour”!     Later that evening I texted him and he was doing really well.  He had just eaten spaghetti and his stats were good.   I told him that I would go a little later the next morning so that he could rest but to be sure to have them give him meds if the anxiety came back.   That was the last I heard from him.

I stayed in the waiting room for hours waiting in agony.  I was able to see him later.   He was  hooked up to all kinds of wires and tubes.  I was in disbelief.   What in the world had happened?

He was so strong!  He was so healthy!  His coworkers called him Captain America!

The following 11 days were horrific. During this time, I walked into his room to see unsanitary conditions and other terrible things taking place.    I will forever be traumatized by the things I saw and the stories I heard.   I begged for Ivermectin from day one.  I asked several doctors on several occasions only to be told it was not protocol. He was going into kidney failure and had to start dialysis.  Finally on August 27, 2021 I got a call saying that Dwayne had taken a turn for the worst and had to be bagged.  They told me that I might want to head to the hospital, but did not need to contact the family.  I begged God not to take him on this day,  since it was my son’s 14th birthday.  I headed to the hospital but before I made it there, I received a phone call telling me that he had not made it.  I sat in traffic with horns blowing all around me.  I was devastated.

After receiving his medical records, I read a page that said:

“Patients airway suddenly lost with accidental extubation.  Placed from prone to supine position. He lost pulse while setting up for intubation. ACLS protocol initiated.   Unable to secure airway due to vomitus which was near continuous along with soft tissue swelling and unable to visualize airway even with glidescope……..    Pronounced deceased on 8/27/2021 at 7:40.”

My whole world was shattered in that moment.

There are more details from my experience which I have not included here.