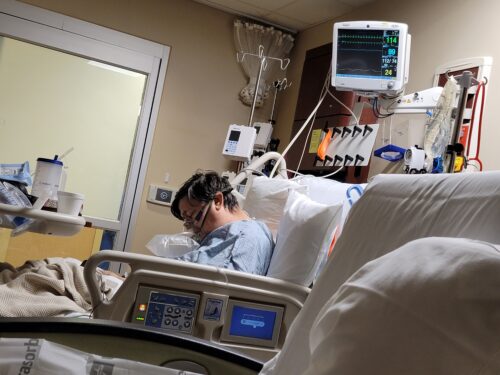 Always documented as an unvaxxed male. Not given food on a regular basis. 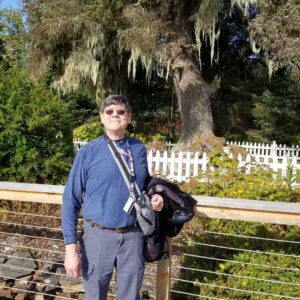 Don and Carla married 43 years. Don was a strong, healthy man. He retired six months before he was killed. Carla and Don loved to travel and have been on 21 cruises. In April 2020, Carla was diagnosed with breast cancer and Don took care of her and loved her thru it. They have 2 kids, 5 grandkids and 5 great grandbabies. Don did not get to see his last great grandbaby who was born a month after he died.

When Don first started feeling sick he initially thought he had a head cold. On Jan 10th, 2022 Don and Carla went to the Methodist ER the first time. There he was diagnosed with pneumonia. After giving him morphine and an inhaler he was released. On Jan 24th, Don went back to the same Emergency Room. This time they gave him morphine, an antibiotic and a breathing treatment. He was diagnosed with pneumonia in BOTH lungs now.

After a few days, Don was not getting better. So, on Jan 28th, 2022 they went to the ER at Medical City. Even though Don’s O2 was 65% and he still walked in on his own. Staff at the ER told Carla she had to wait in the car. Eventually after many hours they called and told her that she had to leave. They were admitting her husband to the hospital.

Carla had no reason to suspect that they would not help her husband. On the 2nd day, they pushed Don to accept a ventilator. He refused. They kept addressing him as a “non vaccinated male”.  While he was admitted on Jan 28th, they was not given a room until Jan 30th. He remained in the ER for 2 days. He was up on things and did not want Remdesivir. They still gave it to him on the 29th of Jan.

Sunday sent her a link about Remdesivir and neglect killing people. Finished the course on Feb 2nd.

Isolated for 12 days. Treated him like he was stupid. Repository therapist came in and fixed the oxygen. A nurse came in and turned it down. Feb 4th Carla snuck in and brought him coffee. She told him she couldn’t stay or they would drag her out of there. Then they started giving him less and less food and drink. He would order a tray and it would sit it at the nurses station because dietary can’t go in.

Feb 9th, they let Carla go in. He started swelling. His legs and feet were skinny before and they were huge.

they were talking about sending him to a rehab facility. Friday Feb 11th, 2022 email to his friends. Feb 18th – they wanted him to go on bipap.

Last text he ever sent said, “I need you”. And Carla went. The Doctor said, “He’s going to have to be vented”.  They said he would not make it thru the night unless vented. Don asked how long he would be on the vent and they told him a couple of days. They moved him from the chair to the bed. They gave him Propofol, fentanyl and let Carla back in.. he started going right then. she knew they overdosed him right then. they gave him Narcan to get him back. They gave him Narcan twice.

The next day the nurse asked her if she wanted a DNR because it was not looking good. Carla asked if her son and his wife come in. The nurse said bring in whoever you want. Carla knew he was not going to make it.

They told Carla that if he was a full code that it’s very violent and they would break bones. When he died they didn’t take anything out / off to clean up the body for them to see. They had to leave him there face down with the vent. They didn’t pick him up until the next day. He just laid there.

A young nurse told me when Don died that it was her first day at the hospital and he was the 3rd death that day.

Loss of my Husband

I Guess I Have No Choice But The Hospital