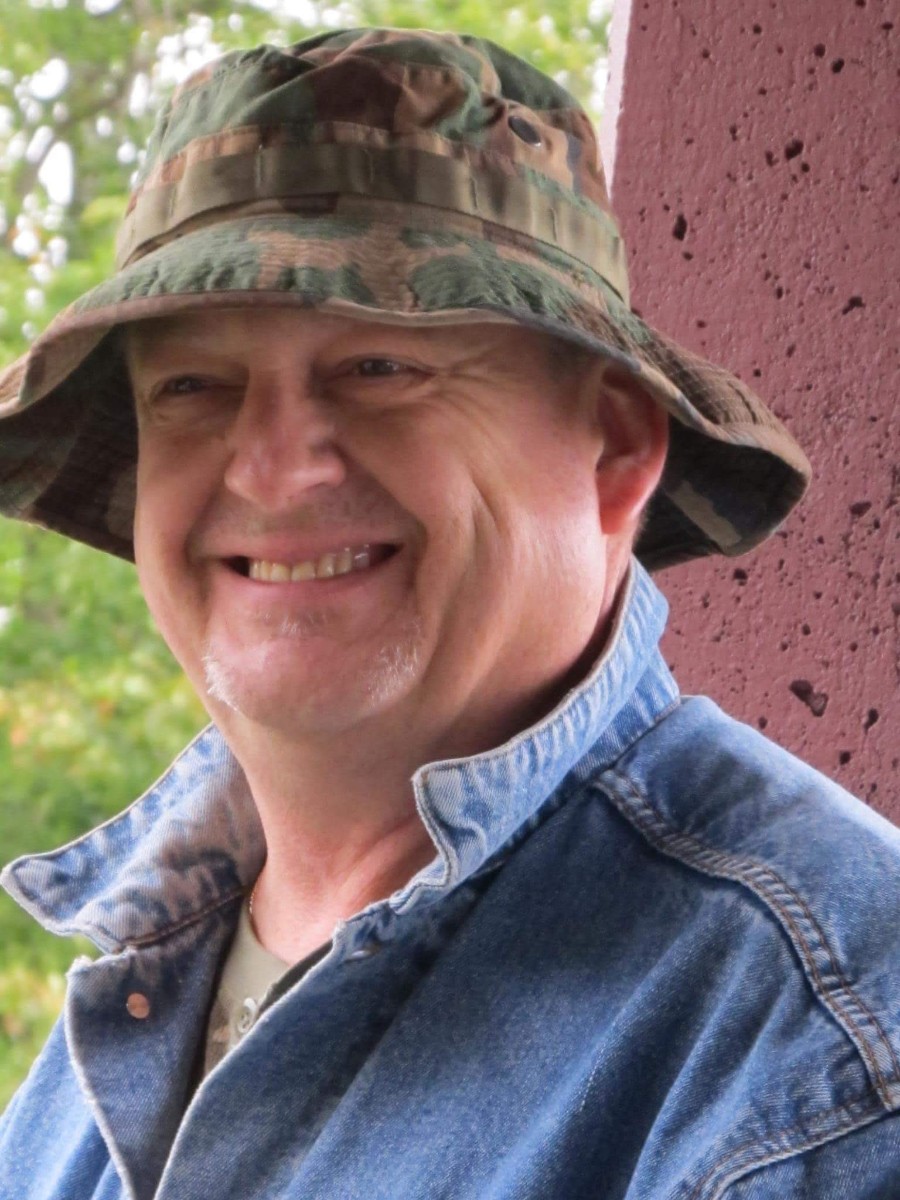 The victim was isolated in a room. The nurses did not go in that often because they said they were saving PPE equipment..same as the Dr..said but he was trying to mitigate exposure. I was escorted out of the hospital by the Director of the floor he was on and told if I didn't leave they would call Security . He was not monitored correctly for his heart rythm issues or given regular fluids/food. He was given Remdisivar without being told of risks or side effects or consent. I was unable to see him until after he passed away in the ICU. He was rushed to the ICU after we were making arrangements to have him transferred to another hospital in San Diego. He was sitting up talking the whole time until he went to ICU. Once he was taken to ICU he was gone in 2.5 days.

They told me his phone was broken but after he died, I got the phone and nothing was wrong with it. They lied. 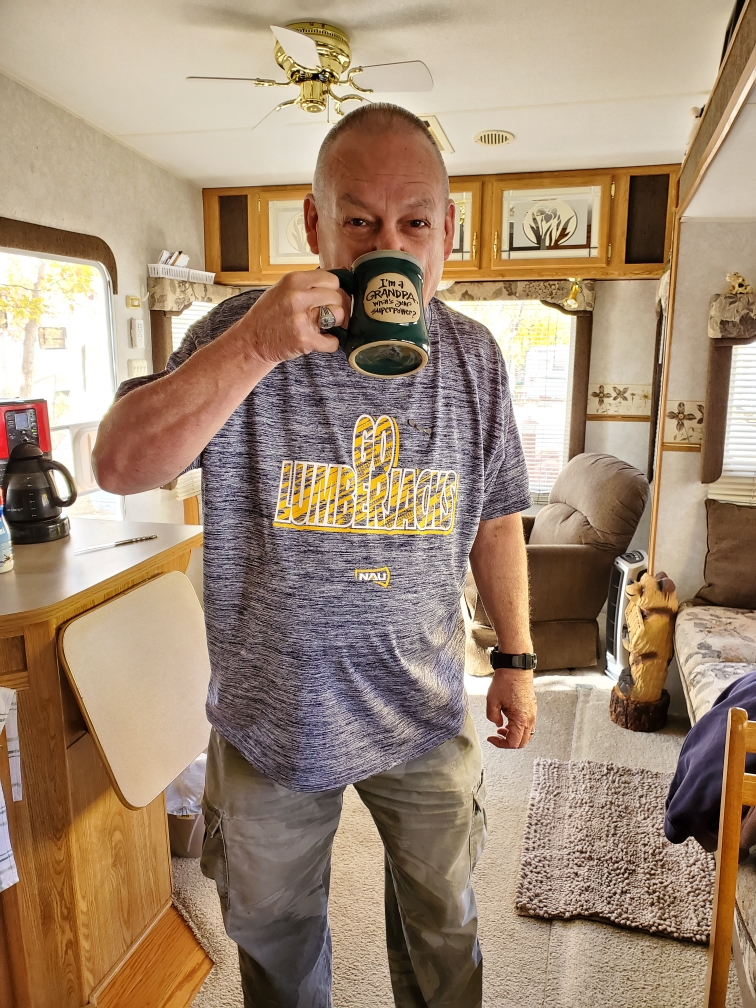 My husband got sick with fever on 7/22/21. He went to bed that night and woke @ 3:30am with a 104.1 temperature & was unable to sit up. I called his Primary Dr. and she said to go to the ER. I took him to the ER and he was immediately but in an isolation room. His heart was in a bad rhythm and he was very weak. He was diagnosed with COVID19 and the ER Dr was going to send him home but was concerned about his heart. He was then admitted to the hospital which was supposed to be for observation.

The ER Dr asked my husband what medicine he thought he needed & David said Ivermectin, Z-pak & Hydroxychloroquine. The Dr. agreed with him but he (Dr) said he could not prescribe it because he could lose his job. He said that I needed to get ahold of Online Drs to get the medication. In the meantime they would monitor him and get his heart stable. I asked him & several nurses if I could go to my husband’s room and stay with him. I was told that yes I could. So, I walked up to his room with the nurses when they took him up. I spoke to the Charge Nurse & he said that he would get me blankets & I could sleep in his room.

An hour went by and they still had not hooked my husband to a heart monitor or given him water or food. A new nurse walked in the room and said he needed to speak to me. He told me if I didn’t leave he would call Security. I told him to call Security & while you are at it get the Director of the floor in here. In a few minutes the Director came in and said she heard that I was refusing to leave and said she was going to call Security. I told her I would leave when he got water & food. She started hustling around getting water/food etc and that is when they brought in the bag of Remdesivir. I did not know anything about it at that time and when I asked they said it was a medicine to treat COVID19.

Of the 3 medical staff in the room NO ONE mentioned side effects or asked for his or my consent. After they hooked the IV up to him and he had a sandwich & water. I was told again I had to leave. My husband & I begged for me to be allowed to stay. I told them I was his medical advocate since his stroke in 2011 because of slight memory issues. They still said no. I reluctantly left and the Director on the floor escorted me to my car to make sure I left.

Everyday, I called & spoke to Nurses & Drs. Consistently, I  begged for Ivermectin, Zpak & Hydroxychloroquine to no avail. I was diagnosed with COVID19 on 7/24/21 and was offered monoclonal antibodies at the ER in the same hospital my husband was in. Yet his Drs. said NO it was not protocol for a hospitalized patient when my husband asked. I refused the treatment and said if he couldn’t have it then didn’t want it.

David was given 5 days of Remdesivir by IV. During those 5 days he was sitting up at the side of the bed face timing me. I was told he had oxygen on & off for comfort. He was still running a fever and did for 5+ days. But lungs were clear..no coughing or congestion. He did not seem sick enough to die. On 7/28/21 he was discharged from the hospital with oxygen. We were told if his oxygen levels dropped below 88 to come back to the hospital.

On the morning of 7/30/21, David was having a hard time breathing. We called his Dr and she said to call an ambulance. So, we did. They took him back to the hospital and he was admitted to another floor where his treatment & care was worse. I brought my concerns to the Patient Advocacy Dept. My son, sister & my 2 nephews were trying to help me make arrangements to transfer him to another hospital. We finally found UCSD which was willing to take him but we were told he was too critical to move. This all took place on the last week of his life.

I was told his  x-ray on  Mon. 8/2/21 showed his lungs were clear & his oxygen sats were better. David was still sitting up in his room talking on the phone and not coughing. Nor did he have congestion. He just wanted to see me & come home. My family & I started pushing for the transfer and up until Wed. 8/4//21. I was told he was getting a slight bit better. Then suddenly on Thurs 8/5/21.  I got a conference call from 2 Pulmonary Specialists who said he had to be moved to ICU because his lungs were so diseased by COVID pneumonia. He was told if he didn’t consent to the ventilator he would die.

They took his cell phone from him and said it wasn’t working. I lost all contact with him. He was moved to ICU. On Fri. 8/6/21 while I was on a Zoom call with him. He was on the ByPap machine for oxygen. My husband was able to give thumbs up & down when I asked him questions. He even made the I love you sign to me. The next day Sat. 8/7/21 the Zoom call was entirely different. I saw my husband was restless and squirming and not responding to my questions.

In the early morning hours of Sun. 8/8/21 I got a call from the Dr. on Duty in ICU that my husband was not doing well. I was told he would die if he didn’t go on the ventilator. David had told me that he would go on the ventilator if he could live or help him breath. When I asked the Dr. if he could help him live & breath. He said it could help his lungs rest. I consented because I thought he could live.

That Chaplain barely said 2 words to me as he led me to ICU. When I got to the Nurses desk in ICU I looked across the hall & could see my husband was dead laying in the hospital bed. They let me walk up to that with NO preparation or the support of my Grandson. The Dr. came from behind the desk & said. I’m so sorry..I’m so sorry…your husband is gone. He died of cardiac arrest. The vent was still in so it hadn’t been very long.

Then they FINALLY let me & my Grandson go into see his body after we had to gown up even with a plastic face shield. My husband was denied his right to have his medical advocate. He was denied having his wife and family with him in his final moments. I was denied that right too. My husband died alone after being isolated & being held captive by a hospital that wouldn’t treat him with the medications he requested. They also kept him against his will when he wanted to go to another hospital. I have trauma & PTSD from the whole experience.