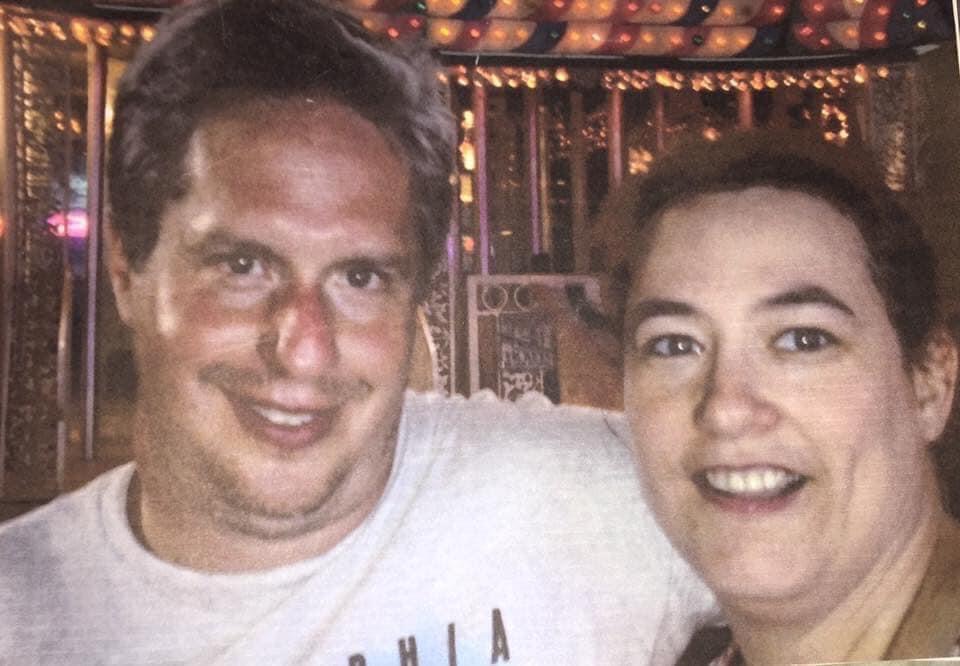 Denial of other treatments, called him dead man walking

“She yells “HEY, DEAD MAN WALKING… this one got the Covid!”

He was denied effective safe medication when he had every intention of getting better.

Covid And The ER

“He needed to go to the ER. Here’s where it goes down hill.”

A week prior to admission, we went to an engagement party. We saw my sister, brother-in-law, nieces and nephews, and others. My sister said my brother-in-law came down with Covid.

We felt fine until Tuesday 8/31 – a big day loaded with crazy storms all day. We had a headache that didn’t quit. I was still working, he was unemployed, so I let him sleep. He was doing as well as I was, I worked the week but rested on lunch and breaks. Friday was the day to go to the shore, assuming we felt better. He was “ok” but I asked him a bunch of times, if you don’t feel right, we can cancel. He wanted to go. We even had to return back to the house to get his wallet. It could have been a sign. This was the weekend following the storms that flooded vine street in Philly, so I took another route to the seashore. He started to cough again, and when we arrived at Wawa in town, I said we can’t have you come into the hotel room like this, should we go back? He didn’t want to ruin my weekend.

We spent much of the time in the hotel room. I hoped he would feel better to get up for the beach the next day. We stayed in bed Saturday and Sunday, but he wasn’t improving. He was turning colors and I even had a flash,.. are you going to die? No, we will get you to the hospital and worry about that later.

He took a shower and we went to urgent care. He was treated kindly there but his pulse ox was bad. He needed to go to the ER. Here’s where it goes down hill. Shore Memorial, Somers Point, just outside of OC. We arrived at the ER, checked in, and did paperwork (etc.) while waiting for the ER nurse to call him. We sat and I held him and snuggled him for the last time. He was getting foggy. We’re next.

The Labeled Him a Dead Man

“She yells “HEY, DEAD MAN WALKING… this one got the Covid!”

Evil is absolutely present. I saw it. He was too sick to notice it, but I did. This was the Sunday evening before Labor Day. This individual sat him in a chair to weigh him and check his vitals- which we knew were not good. Think Burger King and HIPAA violations. Ok, so *loudly* and obnoxiously… she yells “HEY, DEAD MAN WALKING… this one got the Covid!” “And you have it too…” motioning to me. I felt like I just got slapped. Hello! I tried for some small talk but she ignored me. She led him over to the wheelchair which had an oxygen tank on it, his back is to me, still wearing the flyers sweat jacket. She puts the cannula on him and raises the gas. She hollers again. “SAY GOODBYE TO YOUR WIFE!!!” She laughed and I would never see him again. No goodbye, she rolled him away from me.

I went home, after packing the room… clothes, food, toiletries. I took a shower. I CAN’T SMELL THE SOAP!!! The Dr. said to bring his CPAP, so I came in the next day and dropped it off. He was on a bi-pap then. There was a weird presence when I dropped it at the desk. Half of me wanted to run to the elevator and find his room. He never texted me back or called me the entire time he was there.

The Drug Meant to Kill

“I didn’t know if Remdesivir was good or bad. It’s bad, and it didn’t help him. We know now it’s meant to kill..”

I drove home back to PA, in a stony silence. I didn’t call anyone, just my son, who is also feeling unwell. We figure on having to get a test. I was still not feeling great either, but we announced our jobs, we have had exposure. Friends say hydrate, rest, have vitamins, etc. Chuck was still touch and go. I was in a fog because I didn’t know if Remdesivir was good or bad. It’s bad, and it didn’t help him.

We know now it’s meant to kill. His pulse ox was not great but better… and I was hopeful he would pull through. I asked for HCQ and Ivermectin, and the doctor laughed at me. There’s that frickin laugh again. If I were not so sick, I would have screamed at him. His parents didn’t understand the danger. They thought he was being well taken care of. He had a heart attack overnight, I think Monday into Tuesday, and was placed on the vent. I was sleeping but had a very disturbing dream… like snow on a tv screen… and SCREAMS… that’s Chuck, I know it was.

He was stuck in a room, no visitors, no family, no communication in a coma and vented. Disgusting. I felt helpless. I called my friend who knows remote reiki and asked her to find Chuck in this room in this town and help him. The doctor was already saying he wasn’t going to make it. “It’s not a matter of if he will have another heart attack, but when.” This is lining up the family to prepare for his eventual passing. If there was more time, and I wasn’t so gobsmacked I would have hollered more. That’s what they want. More sadness to feed the power. More despair that he was going to leave. So, I sent Pam a request, “Please tell him we love him and don’t give up without a fight. But if you (he) finds that he is in a bad place and cannot get out, RUN TO JESUS.”

Reikied his poor lungs and heart but he was taken off the line the next day and passed away. 9/9/2021 at 3:47. We (my son and I) got our positive result at noon, Chuck was off the vent and passed quickly just before 4. I couldn’t cry. I couldn’t speak. I had to tell my son, he was not coming back. Even if I went after them for the treatment in the ER, you don’t treat anyone like that unless you have an agenda and do not care. They denied any wrongdoing. Really? Something is very wrong here. We are going to find it and fight it and get justice