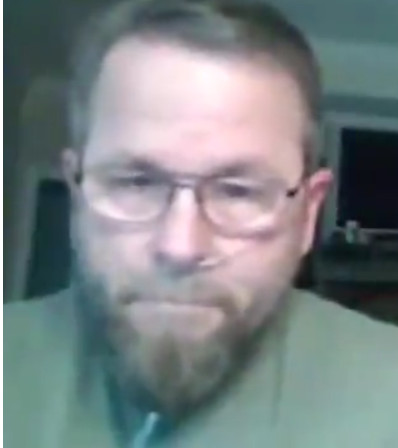 Joey survived because his wife Pam snuck food and medicine into the hospital, while doctors tried to kill him with remdesivir.

Wife had to sneak in FLCCC protocol and help him wean off of oxygen, hospital staff was not treating him correctly

What types of activism: interviews, warning people about remdesivir

Joey credits one ten minute visit with his wife as having given him the will to fight for life. Human contact = survival.

A Story Of Survival Against All Odds

Husband Joey and his wife, Pam, are both nurses with decades of public service and nursing experience. In late July 2021, Joey and Pam both came down with Covid-19. Pam recovered without incident, but Joey did not. Pam believes the difference may have been in regards to the difference in their nutrition and daily supplements. Joey’s oxygen kept dropping and he was struggling more to breath. On August 7th they decided Joey needed to go to the hospital for oxygen supplementation via ambulance.

After Joey arrived, no one from the hospital contacted Pam to let her know what is going on. When she finally reached Joey, he was under the impression that he was coming home, only to find out that he was being admitted. The very next day the doctor said they were starting him on a 5 day treatment cycle of Remdesivir. Each day of his Remdesivir treatment his condition deteriorated. Pam, who was checking his labs daily, was able to correspond each Remdesivir treatment to his declining health and out of range lab levels. Immediately after starting the rmv, his stats start dropping. After every dose of remdesivir, his health was declining. By the he finished his final dose of remdesivir, he was on the max oxygen flow with a nonrebreather. His other labs were declining as well, the more remdesivir the sicker Joey became. His protein levels were going down, his liver function was declining, he had kidney failure setting in, his potassium levels were off, his D dimer was elevated, just everything was getting off track.

Joey however had a goal to get out of the hospital and back to his family. When the doctor would come in to check on him, Joey would pretend that he was doing better, when he was really struggling inside. All this time, his wife was isolated from him, but she was checking his labs daily and could see her husband was not doing well or getting the proper medication or nutrition. She decided she would have to be the one to get her husband well, she would have to take his care into her own hands. She started bringing him in ivermectin and vitamins, following the FLCCC’s protocol to the tee. Pam also realized she needed to feed him and starting meals for Joey according to what his labs said he needed. Pam also was able to get her nurse friends to let her come in for ten minutes one day to see her husband. Joey attributes that ten minutes to saving his life. Just a ten-minute visit, gave him the will he needed to fight. He pushed himself, with the help of Pam, to titrate down off his oxygen and build his lungs back up. That on top of getting ivermectin and proper nutrition, is why we have Joey here with us today to tell his story, for which we are so thankful. Had Joey and Pam not taken control of his care, we might not be in this situation.

Joey and Pam want people to know that patients being isolated from their loved ones is contributing to the patient giving up and dying. That, and lack of proper medications and nutrition. Joey was lucky because Pam worked at the hospital where he was admitted, and had the medical experience to understand his labs and what they were telling her about her husband’s condition. Joey and Pam believe the best advice is to treat early at home using the FLCCC’s protocol, stay away from the hospital and stay away from the toxic drug, remdesivir, it is a killer.

In this process, Joey and Pam discovered key principles that resulted in Joey’s survival.