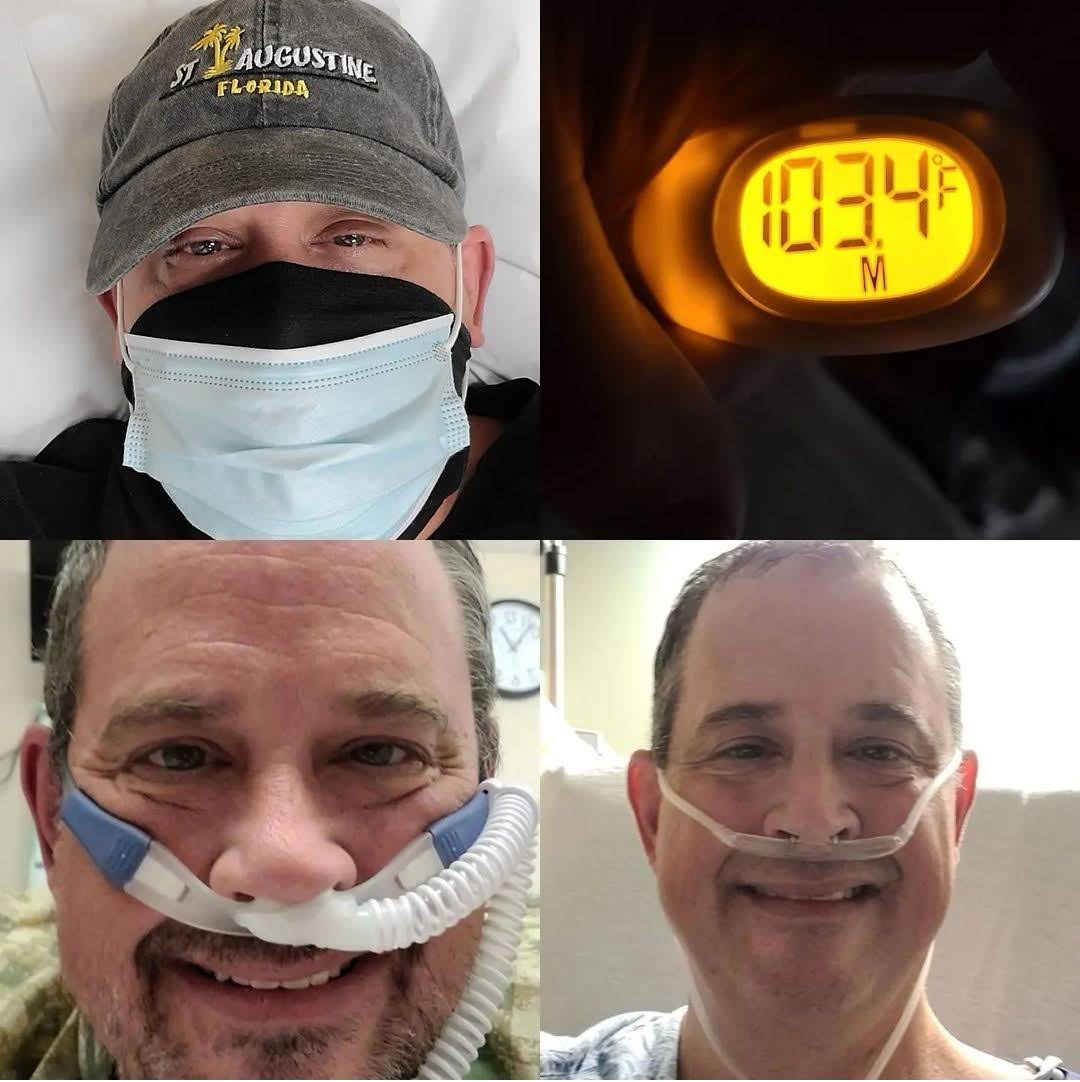 Clark wants everybody to know the dangers of remdesivir and the refusal of life saving drugs.

Denied Ivm after getting a dose and improving. Doctor said he would get in trouble. Threatened to call media and top admin of hospital. Doc only gave him 2 more doses, improved then took it away again. Wife had to sneak it in for him.He had to wean himself of the oxygen, while doctors laughed at him.

What types of activism: Interviews, informing others about the FLCCC protocol

Clark wants to warn others about the dangers of remdesivir, and try and save lives.

Clark Evans lives in Florida with his wife and kids. Just like so many others, he came down with Covid19 back in July and thankfully, survived the FDA’s protocol administered in American hospitals for Covid19 patients. Clark’s symptoms were a fever and a headache. He decided to get tested at an urgent care facility. When the test came back positive, the urgent care sent him home with a steroid and an antibiotic. He was told to rest and come back to the hospital if he got any worse. For the next ten days Clark stayed at home in bed. However, by the 11th day, even though his fever was down, his oxygen level dropped to eighty-eight and he decided he needed to go to the emergency room.

During this same time, his wife also had Covid, but her symptoms were not as bad, and she saw a local doctor who had prescribed her Ivermectin. After Clark arrived at the hospital, he was given two liters of oxygen and had to sit in the ER for the next 24hrs until a bed was available. On Aug 8th he was moved to a regular room. By this time, he was feeling better, and his fever was mostly gone. However, he still had a cough, and his oxygen was hovering around 90-92. The doctors decided to bump his oxygen up to five liters and started him on remdesivir (RMV), a diuretic, Tylenol, and vitamin C. He was on RMV for five days and each day they had to up his oxygen. In a matter of a days, he was at fifty liters on a high flow nasal cannula. He could still move around himself and was motivated to get out of the hospital and back to his family. One night the doctors decided to move him to the progressive unit to give him more oxygen. Now Clark was up to eighty liters. His wife was at home recovering because she was prescribed Ivermectin. She told him to ask the doctor for Ivermectin (IVM), so Clark did. The doctor gave him 15mg of IVM and by that night his oxygen saturation increased, and he felt much better.

The next day when the nurse brought in his medications, the IVM was not there. He asked the doctor where his IVM was, and the doctor replied he had gotten in trouble for giving it to him and said he would get fired if he prescribed more. Clark was furious, it was helping him. He told the hospital personnel he was going to call the media and a lawyer if he did not get IVM. He called everyone up the hospital chain and no one responded. The next day he became much worse again and begged the doctor for more IVM. His doctor decided to give him IVM for two more days, and once again, he improved. His doctor said he could not prescribe anymore, and Clark realized he would have to take his treatment into his own hands if he wanted to get out of the hospital alive. His wife posted pictures of his family and his children all over the walls in his room. He wanted the doctors, nurses, and hospital staff to see he had a family to go home to and he was going to do just that.

After the second day of RMV he got a diagnosis of acute kidney trauma and he found it harder to breath while on the RMV treatment cycle. He was never told that RMV was an unapproved drug under an EUA, he never was shown a fact sheet with all the potential side effects, and he never gave them consent to use RMV, which is required under the EUA mandate. The doctor said the kidney issue was from the Covid, even though the Covid virus had been dead for over week now. The fact they prescribed diuretics with the RMV is proof they knew RMV effects the kidneys. Finally, his wife started bringing him her remaining Ivermectin that she was prescribed along with the rest of the medications on the FLCCC’s protocol. The doctors told him he would be in the hospital at least another two to three weeks. Three days later, after taking the medications provided by his wife and weaning himself off the oxygen, Clark walked out of that hospital. Had he stayed, he believed he would have died. We agree.

Clark’s interview was emotional and genuine. His motive for giving the interview is to help save lives by telling his story. He wants people to know the dangers of remdesivir and the refusal of life saving drugs for no reason at all. His story is like so many others….