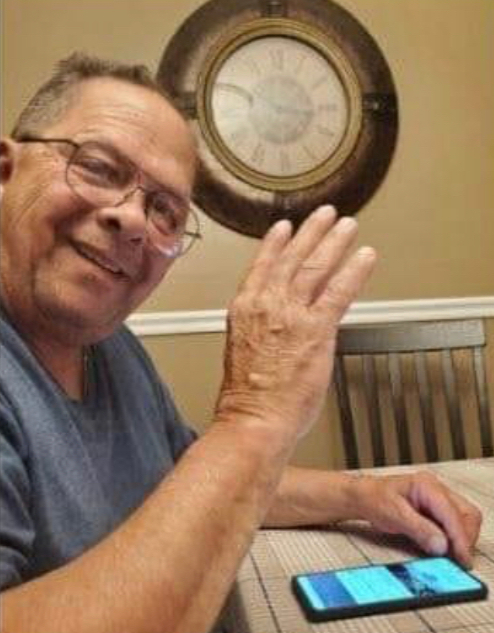 the victim was denied life saving medications due to be unvaxxed

Joey was refused ivermectin, was treated terribly in the hospital, and was murdered by remdesivir.

Joey was refused monoclonal antibodies because he was not vaccinated, was alone for last days of his life, died alone, and nurses and doctors were rude and cold to his entire family. To top it off, after all this, the doctor offered his eyes to a donor organization - even though he was not a registered organ donor.

What types of activism: Created Joey's Angels group on Facebook to raise awareness and to encourage COVID victims to stay out of hospitals.

Therese’s dad, Joey, was a true American. He was a veteran that fought in Vietnam for his country. Unfortunately, his country did not return the favor and fight for him. Joey came down with Covid and went to his local VA hospital. They sent him to affiliate hospital to have the monoclonal antibody treatment. He was not severely sick at this point but his O2 saturation was down to around 89-90. The first question he was asked after entering the hospital was: “have you been vaccinated?” Joey, like so many of us, did not want to take the experimental so-called vaccine, so he replied “no,” he was not. Because he disclosed that he was unvaccinated, they refused him the antibody treatment he had been promised and immediately gave him his first dose of remdesivir, before he was even admitted and without getting consent for use of the unapproved drug. They also started him on dexamethasone and put him in a room on a regular floor, but Joey still was not allowed to have visitors. They continued with four more doses of remdesivir, and soon after, Joey’s health deteriorated quickly. Therese told the doctors that she wanted him to have Ivermectin and the doctor refused, stating that they must follow a certain protocol. All requests went completely ignored; Therese did not even receive a return phone call from a doctor for over a week. When she finally did a get a call, it was to tell her that her dad’s kidneys were failing, a common side effect of remdesivir.

Joey went into the hospital in decent shape on September 3rd and after 5 doses of remdesivir, he was moved to ICU on September 11th. Therese said the doctors were cold, rude, and bluntly said “his kidneys look bad, and his breathing is not improving, and we need to talk about putting him on a ventilator.” Therese said no ventilation. This was a previous healthy 68-year-old man, she insisted, he just needs a high flow cannula and a rebreather. Soon after, Joey was transferred back to ICU, where he encountered a very rude and abusive night nurse. This nurse screamed at him, would not help him to the restroom and lied on his chart about withdrawing his blood. Therese would call the hospitals three times a day and the nurses would report that he was stable and doing well. However, on September 22nd, her father called and told her he needed help, he could not breathe. The doctor and nurse called soon after and told her they needed to vent him, or he would not make it through the day. Her father was suffering, Therese had no other choice but to agree.

Joey’s kidneys were shutting down, he needed dialysis and an antibiotic. They gave Joey Vancomycin, another drug that does not do well when combined with remdesivir. On September 29th the nurse called and said her dad was going into complete organ failure and asked, quite rudely, if she wanted to come up and see him. She and her husband grabbed their son and scurried to make it for her father’s last moments but before they could even make it out the door,  within 4 minutes of the rude call from the nurse, the doctor called and said that Joey had died at 11:08 AM. Joey spent the last month of his life alone; he died alone and was put through inhumane conditions, suffering in isolation and medicated into obliteration. No American should ever be subjected to this kind of treatment in this country.

After her father passed, something continued to nag at Therese. She knew in her heart something was wrong regarding her father’s treatment. She went to the hospital and requested her father’s medical records, and they refused to give them to her and her mother without a court order. After they finally got the court order, the hospital said they would have to mail them to her since there was over seven thousand pages in his file. Therese was clearly being given the run-around, aggravating her suspicions that her father met with foul play.

One day following, Therese was managing her fathers’ affairs which included having to go to an office service facility to fax his death certificate. There was a lady standing there who struck up a conversation with Therese. The lady looked at Therese and said, “what did your father die of?” Therese replied, “Covid.” The lady immediately started crying and replied, “he did not die from Covid, they killed him with the medication.” Shocked, Therese soon found out this lady was a nurse name Gloria. Gloria and she became close friends, and she came to Therese’s house to help her go through his records and make sense of all the medical terminology. To Therese’s surprise, Gloria discovered that the doctor had called the National Donors Association two full days before her father died. Joey was not a donor, but the doctor told the donor office that he had a pair of eyes that could be donated. To this day, Therese does not know if someone has her father’s eyes. Gloria also discovered that Joey was in desperate need of blood transfusions, yet he was never given any blood. Therese is convinced that the hospital had no intention of saving her father’s life. His health collapsed after the remdesivir and got worse with everything they did. Therese has started a Facebook group page called “Joeys Angels.” She told us if she can help just one family to not have to go through what her family went through, then her father’s death helped save a life. We know that she has already helped save many lives and her passion to help others is inspiring. We were honored that she shared Joey’s story with us, and we believe that hospitals are following government incentivized protocols that are killing Americans. We are in the fight with Therese and all the other victims of crimes against humanity.

The CCP, the Fauci Cabal and Big Pharma Must Be Held Accountable